Represented by his deputy, Engr. Tele Ikuru, the State Chief Executive prayed for God’s guidance of the nation’s leaders, urging Nigerians to contribute positively to national development and transformation.

In his sermon titled ‘God Likes Challenges’, Arch Bishop of the Ecclesiastical Province of the Church of Nigeria (Anglican Communion), Most Reverend Ignatius Kattey, quoting from 1 Kings 20:1-28, called on Christians to remain resolute in their commitment to God, emphasising that “God loves challenges and will always humiliate those who challenge Him”.

The cleric lamented the parlous state of the nation after 51 years of independence, regretting that inspite of the enormous resources committed to improve social amenities, the nation was the worse off for it, and called for national repentance.

He reiterated that the Church in Nigeria was opposed to the establishment and operation of Islamic banking system in the country, pointing out that the real motives of those propagating it remained suspect, and urged the Federal Government to expedite action on the arrest and prosecution of sponsors of terrorism in the country. 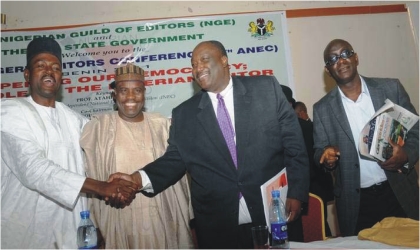