Former Minister of the Federal Capital Territory, Mallam Nasir El-Rufai, says if crude oil pump price drops below $80 per barrel in the international market, some states in Nigeria may not be able to pay salaries.

He said  if the budget was based on about $50 per barrel, the budget would be realistic while the excess crude account will swell and help the country subsequently, adding that the National Assembly has not served the country by always raising the bench mark on the price of oil.

According to him, the cost of governance in Nigeria was too high as political office holders  alone, at the executive and legislative arms of government take substantial amount of the budget.

He said as far as government  works with 21 Ministries and 49 MDAs at the federal level, with some ministries having two Ministers, Permanent Secretaries and Deputy Directors, which raise the current expenditure of the budget, also the number of the establishments that are not covered by the budget also spends recklessly.

El-Rufai said that while other countries spend 5 to 10% of their GDP to run government , Nigeria may be spending 25%, a situation that would not allow for quality delivery of development. 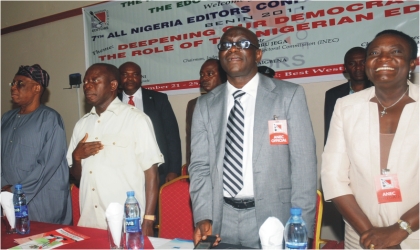