Rivers State Governor, Rt Hon Chibuike Amaechi, has submitted a list of ten more commissioner- nominees to the state House of Assembly for screening and appointment as members of the State Executive Council.

Following their nomination, the new commissioner-nominees have been requested to appear before the state House of Assembly tomorrow for screening.

A statement by the Clerk of the House, Sir Emmanuel Amaewhule-Ogele   requested each nominee to submit 40 sets of photocopies of their original credentials to the office of the clerk on or before Tuesday, this week.

If the current crop of commissioners are cleared by the state House of Assembly, it will bring to 24 the members of the Rivers State Executive Council. 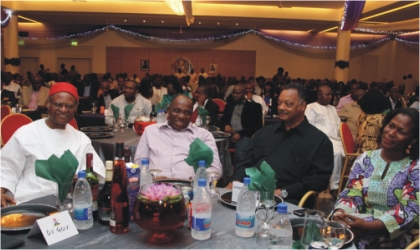