The Nigerian Christian Pilgrims Commission (NCPC) is targeting about 30,000 pilgrims for the 2011 pilgrimage, the Executive Secretary of the Commission, Mr John Opara, has said.

This was contained in a statement by the NCPC’s Head of Media, Mr Jide Oshundun, yesterday in Abuja. The statement quoted Opara as saying that the sensitisation of intending pilgrims in the 36 states of the federation had begun to ensure a hitch-free exercise.

It added that the exercise would also be used to familiarise the states’ governors with the preparations of the commission for the pilgrimage.

Our correspondent  recalls that about 20,000 pilgrims were airlifted in 2010.

The statement said that a delegation of the NCPC, which recently visited the South East, urged the governors of Abia and Enugu states to increase their sponsorship of pilgrims to the Holy Land.

It quoted Opara, who led the delegation, as telling Governor Theodore Orji of Abia State that 400 seats had been allocated to the state in the 2011 exercise.

He urged the governor to sponsor more pilgrims to fill up the state’s quota, adding that he should consider it a reward for members of staff who had been faithful.

Opara further urged the governor to ensure that payments for the pilgrimage were prompt.

The statement quoted Orji as assuring the NCPC boss of the state’s cooperation in ensuring a hitch-free exercise.

“Abia will do everything possible to make you succeed and will make sure that your dignity is maintained in this job.”

Orji also assured the NCPC delegation that the state pilgrims’ welfare board would soon be reconstituted.

According to the statement, in Enugu State, the NCPC delegation met with the deputy governor, Mr Sunday Onyebuchi.

Exchanging views with the deputy governor, Opara said it was important for the state government to encourage more of the state’s indigenes to participate in the 2011 pilgrimage as they had 600 seats.

Opara announced that the NCPC had established a zonal office for the South East in Enugu, to facilitate its activities in the area.

He solicited the support of the state government to ensure that the zonal office functioned effectively.

The deputy governor said that the state government would continue to support its indigenes to participate in pilgrimages.

Onyebuchi said the state government had already told the Local Government Councils to increase their participation to ensure that its quota was fully utilised.

Our correspondent  reports that the Federal Government approved October 29 as the commencement date for the airlift of pilgrims to the Holy Land.

The exercise will terminate on December 29. 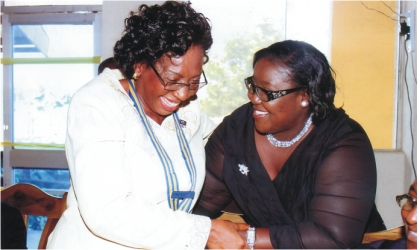 FG, Labour Reach Accord … Minimum Wage To Be Paid Across Board