Following Nigeria’s Flying Eagles’ impressive 5-0 routing of Guatemala in their opening Group D match at the ongoing FIFA Under-20 World Youth Championship in Colombia, the Coach John Obuh-tutored team is looking for consecutive victory today when they clash with Croatia in the group’s second match.

The Nigerian team, contrary to their pre-tournament build up, showed good form and relatively good killer-instinct as they steamrolled championship debutants, Guatemala. Today, however, the prayer is that the team remains consistent in their performance.

All eyes will certainly be on mesmerising Ahmed Musa, whose pace, trickery and wing play created most of the opportunities that produced goals on day-one. Also, Edafe Egbedi, skipper Ramon Azeez and the team’s defence will be expected to maintain their level of performance today.

According to a happy coach Obuh, after the first game, “the target is victory in the second match to seal qualification to the next round. We ‘ll give it our best shot and try to maintain our composure”.

He said that while they would want to win, the team would also be careful not to lose the tie.

Indeed, it is going to be a different kettle of fish from the opening match as Croatia, 0-2 losers to Saudi Arabia in the first game will want to keep themselves in the championship by all means.

Croatia has been an emerging force in European and world football, and will want to correct the mistakes of the first match. However, should the Flying Eagles, who must be buoyed by their first match maintain tactical discipline and focus, Croatia will find them a hard nut to crack.

In the other match of the day in the group, Saudi Arabia will seek to compound the woos of Guatemala with another defeat. Victory for the Arabians will certainly see them set one foot in their next round while Guatemala books an early flight back home. 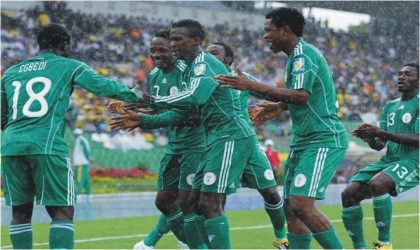 No Negotiation With ‘Boko Haram’ – SGF