The African Union Commission (AUC) and the Africa Rice Center have signed a Memorandum of Understanding (MoU) toward sustainable food security in the continent.

The African Union in a statement made available to newsmen on Friday in Lagos said that the joint effort was aimed at leveraging the continent’s rice sector through research, development policies and capacity building.

It said also that the joint effort on improved rice production was in recognition of the increase of the commodity in Africa and another means of poverty reduction.

The statement quotes Dr Papa Abdoulaye Seck, Africa Rice Director- General, as saying that the MoU would assist in creating an enabling political will to boost Africa’s rice sub-sector.

It noted that, in spite of the significant increases in rice production in many African countries in 2008 and 2009, the continent still imports about 40 per cent of the rice consumed.

On the other hand, the statement argued that high demand for rice in the continent has exposed African countries to international market shocks.

“However, Africa can turn around the situation as it possesses a large reservoir of underutilized agricultural land and water resources, and many technological options developed by Africa Rice and its partners,” it said.

The MOU was signed at the AU headquarters in Addis Ababa, Ethiopia by Seck and Rhoda Peace Tumusiime, AU Commissioner for Rural Economy and Agriculture. 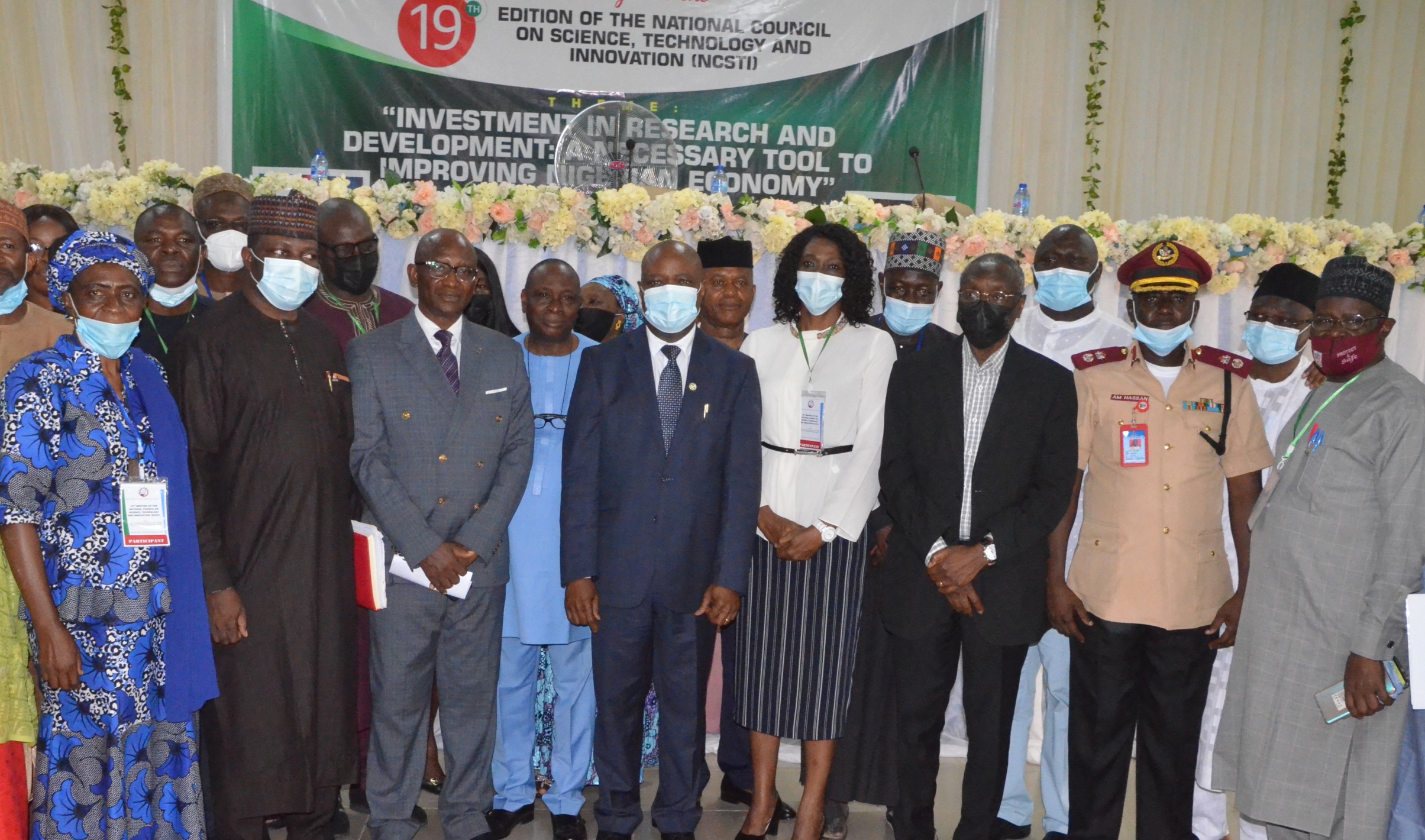 The  Controller of the Nigeria Immigration Service, Passport Office, Ikoyi, Lagos, Deputy Comptroller Ibrahim Liman, has raised concerns over incessant power outage caused by the management of Eko Electricity Distribution Company (EKEDC).
He said the situation poses serious threat to passport issuance to Nigerians.
The immigration boss raised the concern during a brief award ceremony held in his honour to mark his 100 days in office at the Ikoyi Command.
Liman who bagged the award of the most outstanding officer of the Nigeria Immigration Service for the year 2021 from Daily Focus Nigeria, maintained that the daily operational activities of passport personnel suffered setbacks due to poor power supply by the distribution company.
According to him, the command, before now, was sharing the same power lines with the Dodan Barracks which has regular power supply, but noted that for the past three months, the distribution company has disconnected the command from the line that supplies power to the Dodan Barracks.
Liman lamented that due to the pressure imposed by high demand for passport, some staff now spend additional days in the office without visiting their families in a bid to meet the yearnings of Nigerians.
He pointed out that the command now relied heavily on generator to function effectively, noting however, that the cost of fuelling it on daily basis was having negative implications on the service.
He called on the EKEDC to reconnect the command to the Dodan Barrack lines to enable it enjoy regular power supply.
Liman dedicated the award to officers and men of the command and stressed the need for dedication, hard work and team spirit.
He also assured the media and prospective passport owners of an open door policy.
Earlier, the Editor, Daily Focus Nigeria, Comrade Roland Ekama, said that a survey was conducted in some of the service commands across the country on the issuance of passports to citizens and found the Ikoyi Command to be most outstanding.
Efforts to speak with the General Manager, Corporate Communication, EKEDC, Mr. Godwin Idemudia, have proved abortive as at the time of filing this report. 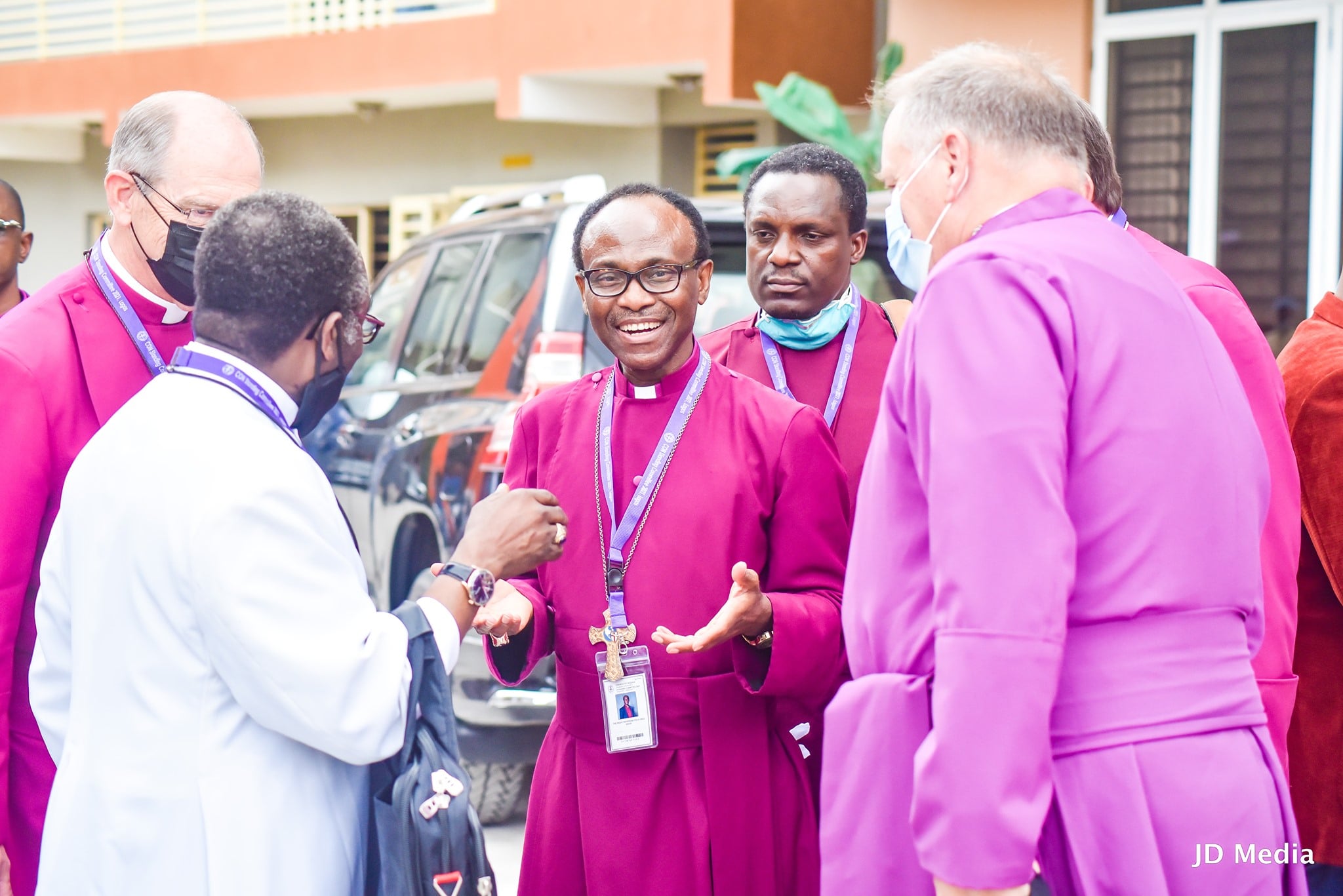 The International President, Council of Arch. Bishops and Bishops for Pentecostal and Charismatic Churches, Royal Eminence, Arch Bishop Benny Danson, has called on the Federal Government to allow states to manage their resources for proper economic growth and development.
He has also called on the Federal Government and the National Assembly to rescind the decision to grant amnesty to Boko Haram terrorists in whatever guise, saying the insurgents should be treated as terrorists.
Danson, a United Nations ambassador and Peace Advocate for Conflict and Peace Management in charge of West Africa, disclosed this while speaking to aviation correspondents in Port Harcourt, recently.
He regretted that though Nigeria is a blessed country, corruption and mismanagement of the nation’s resources have been a major challenge and setback to its greatness.
“In my assessment, Nigeria is the richest country in the world, but mismanagement and corruption have set the country backward.
“You can imagine how much that is being looted in this country by the leaders every year, but yet, the country has not collapsed financially, but there are many countries this will happen to, and that will be their end financially.
“Let the Federal Government allow the states to manage their own resources, and pay certain percentage to the Federal Government, as it is done in other developed countries like the United Kingdom.
“That is true federalism, and it will allow states to manage and grow their resources which will create heathy economic competition among federating states”, he said.
The Pentecostal Arch Bishop commended the efforts and moves by the Rivers State governor, Chief NyesomeWike on Value Added Tax (VAT, saying the governor is a man of courage and vision, and enjoined other governors to emulate his boldness.
The clergy also called on all tiers of government to pay their workers well so as to boost their efficiency and productivity, as well as eliminate corruption in the system.
Dansonemphasised the need for the government to take the issue of welfare of workers seriously, especially in the area of free health care for workers.
He also drew the attention of the Federal Government to the empowerment of the military and Police through provision of better and sophisticated equipment to do their job well.
He appealed to the Federal Government to enforce discipline in the civil service, as well as ensure that square pegs are put in square holes when it comes to the issue of appointment.

The Lagos State Government has blamed the Nigerian Ports Authority (NPA) for the renewed congestion at the Lagos ports and the consequent upsurge in traffic gridlock along the Apapa area.
The Special Adviser to the Lagos State Governor on Transportation, and Head of the Traffic Management and Enforcement Compliance Team in Apapa, ToyinFayinka, said the gridlock experienced at Apapa was caused by NPA’s sudden closure of its gates.
Fayinka said: “The problem we are having today is a sudden closure of the gates by the NPA. It was not expected.
“NPA has an arrangement that for trucks to come into Apapa port, they will validate their papers. They call it ‘Eto’. That one is being anchored by Truck Transit Park and the NPA who are working together.
“Our own as the Lagos State Government is to ensure the free flow of traffic. We don’t benefit from the ticket or issue it.
“They were coming to the ports and all of a sudden were told that the NPA through the Chief Security Officer of Tin Can Port said they should close the gates. When I found out, I had two options. Either to turn these vehicles back to their garages or allow for a single lane.
“The best thing for me to do is to order that the vehicles should be turned back to their different private garages until NPA decides to open their gates”.
Fayinka did not, however, give reasons why the NPA ordered for the gates to be shut.
“I don’t know. They’ve not been able to give me any reason and that is not too good enough”, he said.
The Tide recalls that in February this year, the NPA introduced the electronic truck call-up system also known as ‘Eto’ designed to address gridlock on roads leading to the ports.
However, there has been an upsurge in traffic congestion raising concerns among various stakeholders.
Many stakeholders have, however, attributed the inefficiency of the truck call-up system to human interference.
President of the Association of Maritime Truck Owners, Chief Remi Ogungbemi, said, “Congestion is back on the roads because the automation system which one expects to operate optimally is not doing so”.
The National Coordinator, Save Nigeria Freight Forwarders, Dr Osita Chukwu, also lamented about the congestion, saying, “The roads are less than the cargo going through it. That is one. Two, the truck may have everything needed to go through but security and port agencies will not allow them to go through like the police and Customs. They will withhold the truck and that will cause problems leading to gridlock”.
He advised the government to “look holistically to build fine routes to the already existing routes or design the roads in and out of the ports that are marked with red lines, yellow lines, green lines and white lines”.