The Adokiye Amiesimaka Sports Complex in Rivers State  is billed to host the forthcoming African Junior Swimming Championship later in the year.

This was disclosed by the Permanent  Secretary, Rivers State Ministry of Sports, Sir Clifford Ndu Walter,  in a statement signed by the Media Officer of the Ministry, Juliana Masi, which was made available to newsmen yesterday.

According to the statement, the quality of facilities at the sports complex have launched the state and Nigeria among countries with world class sporting facilities.

According to Sir Walter, the swimming federation had chosen the Adokiye Amiesimaka Sports Complex to host the African Junior Swimming championship because of the quality of facilities available, especially, the swimming pools.

He explained that the competition would further increase the state’s economic and social status in the global market.

“The quality of facilities at the complex has further placed the state amongst countries that have world class sporting facilities and it has started attracting international competitions to the state”, said the Permanent Secretary.

He stated that the Governor of the State, Rt Hon Chibuike Amaechi remained dedicated to ensuring that he left a legacy for posterity.

“I believe that there will be no reason whatsoever for government to abandon the sports complex and the facilities put in place there”.

Sir Walter urged all the contractors working at the sports complex to resume work immediately to enable them complete the project on schedule. 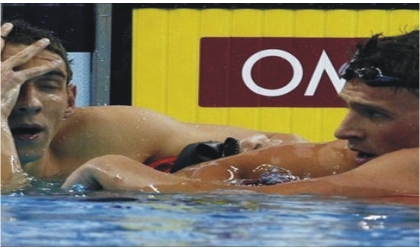 Swimmers in action during a competition

RSG Gets N45bn Allocation For July