A coalition of youth groups in Rivers State has urged the Federal Government to dissolve the Board and Management of the Niger Delta Development Commission (NDDC) over alleged corrupt practices.

The group, which made the call in an interview with newsmen in Port Harcourt yesterday,  accused the Managing Director of the Commission, Mr Chibuzor Ugwuoha of financial impropriety and threatened to carry out a protest match if he refuses to quit office within the next thirty days.

The group further alleged that the managing director  illegally transfered  twenty million dollars out of the country, alleging that some of the contracts awarded by the commission were not accounted for.

In his speech, the President, Rivers Youth Federation, Prince Biira said that the commission had done nothing to improve the lives of the people of the Niger Delta, stressing that the timely intervention of the presidency would save NDDC from its present state of rot.

Also speaking, a representative of the Youth for Democratic Realities, Mr Robertson Jack said that Niger Delta youths are not happy with the way and manner the commission is being managed and called  for its complete overhaul.

He expressed dismay over the poor performance of the Niger Delta Development Commission (NDDC).

“NDDC has failed to justify the billions of naira it has received while the commission only exists on the pages of newspapers,” Jack said.

Efforts to speak with the Managing Director of NDDC, Mr Ugwuoha proved abortive. 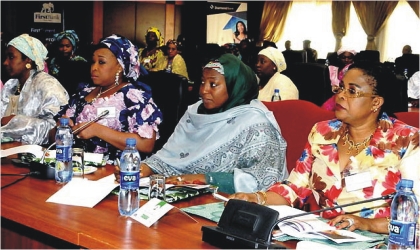