Eminent traditional rulers, chiefs and opinion leaders from Rivers and Bayelsa States under the aegis of the Rivers-Bayelsa Consultative and Reconciliation Forum have stressed the need for consultations, peace and reconciliation to check the present crisis rocking parts of the country.

This was contained in a communiqué made available to newsmen at the  forum’s inaugural meeting in Port Harcourt.

The communiqué, which was jointly signed by its Chairman, Eze Robinson O Robinson and Ambassador King Nyenke, the Secretary –General, also stressed the need for the  entire nation to support President Jonathan to enable him develop the country

The forum further stressed the need for the people of Rivers and Bayelsa states to demonstrate unflinching support to the president, especially at this trying moments in the nation’s history.

It urged other regions in the country to reciprocate the South-South support to past Presidents by giving their full support to  President Jonathan to enable him undertake his transformation agenda for the country.

The forum said that a- Think-tank (Strategy Technical Committee)- would be set up not only to advise Mr President on burning regional and national issues, but to reach out to respected traditional rulers/leaders of thought across the country, especially in the North to sue for peace and reconciliation. 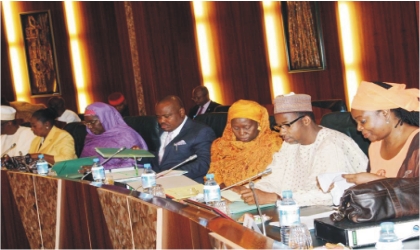