No fewer than 1,477 ghost workers whose monthly salaries are well over N200million have been detected by the  Rivers State Universal Basic Education Board (SUBEB)

The chairman of the board, Sir Alli Oruitemeka made the disclosure in Port Harcourt yesterday at a news briefing to mark his two years in office.

Oruitemeka said the 1,477 ghost workers include those who are already dead, retired, absconded and working elsewhere but still had  their names on the pay roll of the Board.

On the punitive measures taken against those detected, the Chairman said those that were working elsewhere while still on the Board’s pay roll have been made to ensure refund of the salaries they collected.

According to him, the incidence of absenteeism by teachers has been reduced to the barest minimum due to the move by the State Governor, Rt Hon Chibuike Rotimi Amaechi that necessitated the take over of the payment of primary school teachers salaries.

He also enjoined parents to send their children to school as government has provided everything free such as fees, uniforms, books, sandals and school bags.

He disclosed that the Board has put mechanism in place to enforce the provision of the state UBE law which provides punishment to parents or guardians who refuse to send their children or wards to school.

The Board Chairman warned that parents found to have violated the law would be arrested and prosecuted, effective September this year. 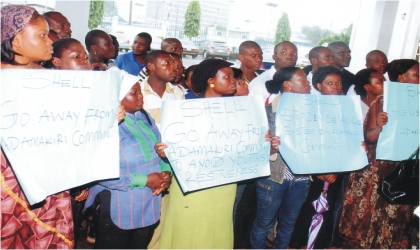