The House of Representatives yesterday summoned the Central Bank of Nigeria (CBN) Governor Lamido Sanusi to appear before it tomorrow to clarify the proposed daily cash withdrawal limit from banks.

The apex bank had proposed June 2012 for commencement of daily cash withdrawal limit of N150,000 and N1 million for individuals and corporate bodies, respectively.

The resolution followed an amendment by Rep. Ogbuefi Ozomgbachi (PDP-Enugu) to a motion moved by Rep. Aliyu Yakubu (PDP-Yobe), which was adopted.

Leading the debate, Yakubu noted that the proposed deadline by the CBN would cause undue hardship for Nigerians.

Yakubu said that some communities in the country had no commercial banks, micro finance banks nor Automated Teller Machines (ATM) in their localities.

He stressed that inter-bank transactions carried out in major cities take at least 48 hours to be completed.

According to him, the deadline should be extended to enable government put infrastructure in place for the effective take-off of the project.

Ozomgbachi said the proposal and other policies by CBN required more explanation from the CBN governor to enable the House take a decision.

He said that section 8 (4 and 5) mandated the CBN governor to brief the House on bi-annual basis on the state of the economy and other financial matters.

“Before this House will take a decision, CBN has to enlighten us on the viability of this policy in line with section 8 (4 and 5) of the CBN Act.

Meanwhile, two new Bills: The Fiscal Responsibility Act (Amendment), and the Transfer of Convicts and Enforcement (Amendment), have been introduced on the floor of the House.

The House also observed a minute’s silence for victims of the two road accidents on the Abuja-Nyanya-Keffi Express Way on July 18 which claimed 15 lives. 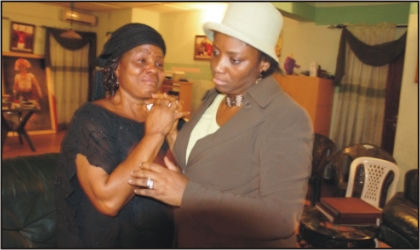