The Senate yesterday, passed the amended Anti Money Laundering Bill to replace the extant Money Laundering Act 2004, recommending a maximum of 10years and minimum of five years for offenders, in addition to fines that may be applicable.The bill as passed by the senate is slightly different from the version forwarded to the National Assembly from the Presidency .

The senate version has raised the bars for cash transaction that can be made outside a financial institution from the N500, 000.00 and N2 million to N5 million and N10 million for individuals and corporate bodies respectively.

The senate also raised the amount of international transfers that ought to be reported to government agencies from $2,000 to $10, 000 for individuals. It also places a duty on bankers and other financial institutions to report international transfers of funds exceeding $10,000 to the Central Bank of Nigeria from where the records can be accessed by security operatives.

Transportation of cash or negotiable instruments in excess of $10,000 or its equivalent by individuals in or out of the country shall be declared to the Nigerian Customs Service, section 3 of the act prescribed.Defaulters of this section “shall be liable upon conviction to forfeit not less than 25% of the undeclared funds or negotiable instrument or to imprisonment of not less than two years or both.

”The House of Representatives is expected to also pass the bill after which the versions would be harmonised and forwarded to the Presidency to be signed into law.The bill covers offences including converting or transferring resources or properties derived directly from illicit traffic in narcotic drugs and psychotic substances and participation in organised criminal group, racketeering, terrorism, terrorist financing, bribery and corruption, tax evasion, sexual exploitation and others.With the Act in full force, Nigeria will be one of the comity of nations in fulfilling the requirements of the Financial Action Task Force (FATF), established by the G7 Summit held in Paris in 1989.

The amended 2004 version of the bill is said to lack the relevant provisions that will make it fully compliant with FATF recommendations.The bill also obligates casinos and jewellers, as well as bankers to properly identify their customers, report transactions exceeding the stated amounts to the appropriate government agency and subsequently hold their records for at least five years.Section 9 of the act requires all banks to designate compliance officers at management level, branches and local offices who are expected to feed a centralised data base with information. 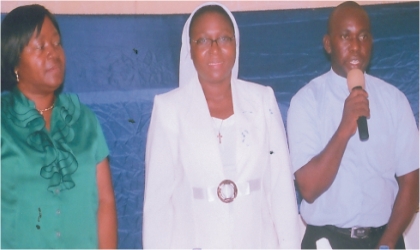