As Governor Chibuike Rotimi Amaechi flags-off his re-election campaign tomorrow, Rivers people have been assured of the completion of more primary schools  equipped with computers and other modern facilities.

Speaking at a press briefing yesterday in Port Harcourt on the flag-off, the Director-General of Governor Amaechi’s re-election campaign organisation, Chief Ezebunwo Nyesom Wike explained that the  thrust of Amaechi’s re-election campaign would be the completion of more primary schools, security, power and consolidation of the on-going road projects across the state.

Wike said that the campaign would be based on issues and  not on personalities, insisting that Governor Amaechi would during the campaign tour local government areas in the state and solicit for support, to enable him complete the projects already on ground.

According to the director-general while answering question, the campaign would start in Ikwerre Local Government Area, the primary constituency of the state governor.

He said  it would be proper to start from the local government and move the campaign train to other parts of the state on weekends, before rounding off in the state capital.

He said during the campaign, members and big wigs of the ruling party in the state would tell the good people of the state, what PDP was about to do, the mapping-out of strategies for people- oriented administration.

In his words, “we are not saying we would not campaign because we are the ruling party”.

However, he contended that, Rt Hon Chibuike Amaechi was a better product and that the people should re-elect him for a second term”.

Wike further said Governor Amaechi would solicit the support of Ikwerre Local Government area  to enable him completed and consolidate on the people-oriented projects, he had started when he assumed office in October, 26, 2007 in the state.

The governor he noted would during the campaign re-assure the people of more projects for primary and secondary schools and road net works, power and security in the state. 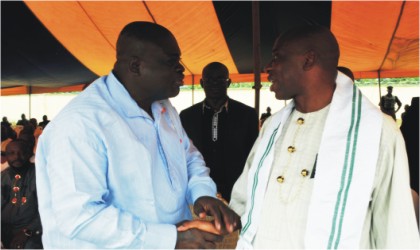