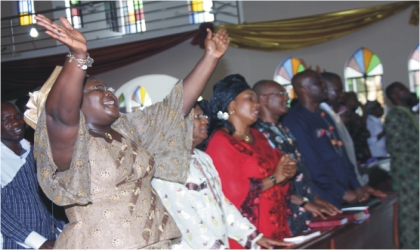 The New Minimum Wage Bill for Nigerian workers will be passed this week by the National Assembly, according to Senator Lee Maeba, representing Rivers South-East senatorial district.

Senator Maeba, who disclosed this in an interview with The Tide at the Port Harcourt International Airport, Omagwa, said he was very sure that the bill would be signed into law by the end of this month by President Goodluck Jonathan.

“We are passing the New Minimum Wage Bill next week. It has passed through all the processes and we are ready to pass the bill to give workers the desired impetus to do their work”, he stressed.

According to him, “nothing was removed and nothing was added, we are even ready to add because this is the issue of workers.”

On the Freedom of Information (FOI) Bill, Senator Maeba said:  “the FOI bill was sent back to the House Committee on Information for proper scrutiny. It is undergoing proper legislative work and we are expecting them to come out with their report. Whenever the report is through we will look at it with dispatch”, the lawmaker assured.

Similarly, the leader, House of Representatives, Tunde Akogun has affirmed the determination of the Federal Government to pay the N18,000 minimum wage to workers.

He quoted the Minister of Labour as assuring that government was not going back on the issue and enjoined Nigerian workers to be patient.