Governor of the Central Bank of Nigeria (CBN)  Sanusi Lamido Sanusi, recently in Abuja expressed the hope that West Africa would meet the target of using a single currency by 2015.

The idea of the single currency, initiated by the West African Monetary Zone (WAMZ) is to promote economic integration and trade in the sub-region.

Sanusi made his view known at the 24th meeting of the Committee of Governors of Central Banks of the WAMZ.

‘The target date is 2015 and I do think we are well on course in meeting the convergence criteria in most countries.

“Liberia has already met all the criteria, Gambia had met it before; we (Nigeria) have met it in 2006 and 2007. The difficulty is getting all countries to meet all criteria at the same time.

The CBN governor said that the sub-region witnessed setbacks in the past because of the global financial crisis, adding that foreign reserves, inflation, fiscal deficit were still problems in some member countries.

He urged member countries to forge ahead from these crises to enable them to meet the convergence criteria that would make the common currency achievable.

Sanusi, who was also elected as the Chairman of the Committee of Governors of Central Banks of the WAMZ, said that the meeting would avail the region the opportunity to take stock of the progress made in the zone and chart the way forward.

“The report of the 30th meeting of the Technical Committee, which reviewed the developments and policy responses required to satisfy the stipulated convergence criteria, will form part of the input for consideration,’’ he said.

Commenting on the Nigerian Economy, Sanusi said that the nation was at the recovery mode, adding that there were questions in the fiscal space about the size of government spending and pace of structural reforms among others.

He said that in spite of the turbulent global economy, the real GDP growth within the sub-region improved at an average of 7.2 per cent in 2010.

He said: “the indicative macroeconomic convergence performance for up to excluding grants to GDP continue to remain challenges for most member countries.’’

Oshikoya noted that payment system in The Gambia, Guinea and Sierra-Leone had reached an advanced stage of implementation.

According to him, measures are being introduced to mitigate risk and strengthen financial stability in the sub-region.

Our correspondent  reports that central bank governors of five member countries were present at the meeting, while The Gambian was represented by its Deputy Governor, Mr Bashiru Njai. 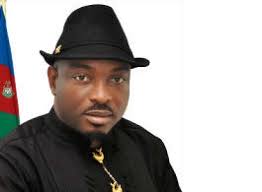