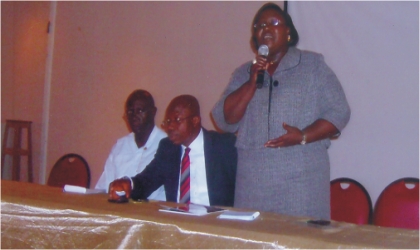 Mr Cooter, who paid a courtesy call on Governor Amaechi yesterday at Government House, Port Harcourt said despite the negative reports centred on insecurity in the Niger Delta in the foreign media, he had seen a well secured Rivers state, noting that he would be meeting with Canadian investors next week to inform them about the improvement in security in the State.

“I can see fundamentally, an improvement in security and a well secured Rivers State,” the Canadian High Commissioner declared”.

He also commended Governor Amaechi for investing in education and health programmes both at the urban and rural areas of the state, and assured the governor of his country’s willingness to invest in the state.

Responding, Rivers State Governor, Rt. Hon. Chibuike Amaechi said government would continue to spread the message to the world that there was now a remarkable improvement in security in Rivers State and the Niger Delta at large.

The Rivers State Government, according to Governor Amaechi, would be ready to partner with the Canadian Government in the areas of construction, technological development, the building of the new campus of the State University of Science and Technology, and the development of the Greater Port Harcourt city.

Governor Amaechi expressed the hope that with the improved security in Rivers State, the travel advice placed on the website of Canada as it affects Rivers State, would be removed, adding that Rivers State would be delighted to do business with the Canadian people.

Also visited were the Rivers State Songhai Farms, the new Open Power Cycle Plant and the health centre at Bunu Tai also located in the area.