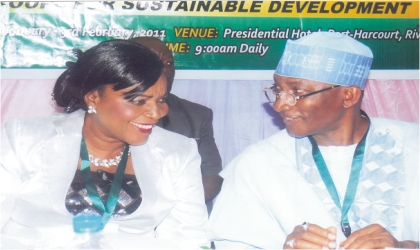 The Central Bank of Nigeria (CBN) says it would sanction banks who allow customers to operate their accounts without evidence of an update of such account.

The CBN’s stance came at the exploration of the time period within all banks in Nigeria must update customers data in their financial institutions.

In a statement, Nigeria’s apex bank said its directive on customers data collation was irreversible.

The CBN explained that the measure would enhance customers diligence as well as check money laundry and other currency illegalities.

It would be recalled that the CBN gave a two-month period between November and December, 2010 for the update of customers data.

Owing to pressure from several quarters, the apex bank extended the period to another one month which elapsed last Monday.

Meanwhile, some banks in Lagos have commended the Central Bank of Nigeria (CBN) directive that bank should update their customers data.

The Head of Corporate Affairs, Union Bank of Nigeria Plc, Mr Francis Barde said the directive was a good measure that would strengthen the banking sector.

Barde’s counterpart in Afribank Plc, Mr Moshood Isamotu agreed that the directive would also bring sanity to the banking sector.

Isamotu aid the concept of know your customer in bank would make the banks to be more effective in the running of their operations.

“We also carry out KYC consistency on each account to examine the dormant accounts in the banks,” he said.

Mr Femi Adeniran, Head of Corporate Affairs, Guaranty Trust Bank, said that the CBN’s directive would help the banks to grow positively and ensure effective running of the sector.

Life is about changes, it is not static. When there is change in the customers information, the bank should be notified to serve them better”, he said.