Rivers State Governor, Rt. Hon. Chibuike Rotimi Amaechi, has been commended for addressing sectoral challenges that would have resulted in disasters of unimaginable proportion in the future.

The Deputy Commandant, who eulogised the state government for making sustainable investment in the education and health sectors, described the governor as a visionary leader who had proffered solution to human capital development and provided free healthcare for all Rivers people.

“Government policies should impact on the majority of the people and from what I have seen since we arrived here, we are confident that you have delivered quality dividends of democracy for your people”, he said.

The leader of the delegation also said “with the education policy, the Governor has addressed very serious national disaster that was waiting to happen”.

Responding, the State Governor, Rt. Hon. Chibuike Amaechi noted that there was a deliberate effort by politicians to effect positive changes in the country, explaining that the present crop of state governors were making frantic efforts to bring democratic dividends to their people.

“If you watch your state governors, you will see that there appears to be competition among the governors now, to try to improve the lot of their people,” the governor stressed, saying that what was needed was for experts in various fields to reason with government with a view to restructuring the needed development.

The State Chief Executive, who acknowledged the role of the Military in achieving societal harmony, remarked that it was with the cooperation of the Military that relative peace was achieved in Rivers State.

He explained that his administration had given priority attention to primary and post primary education as well as primary health so as to lay a better foundation for the development of the state, adding that Rivers State was about the only state in the country that could generate 380 mega watts of electricity.

Residents and indigenes of Rumuekini Community in Obio/Akpor Local Government Area of Rivers State, have called on the new chairman of the council, Barrister George Ariolu, to resuscitate the Rumuekini Fish Farm project.
Some of the residents who spoke to The Tide on their expectations from the new chairman, expressed disappointment that a fish farm of such magnitude was abandoned for many years.
According to Mr Clifford Amadi, the abandonment of the fish farm has deprived some people of their means of livelihood.
He said that the fish farm, which was built during the administration of Timothy Nsirim as the council chairman, was a legacy project capable of boosting the local economy of the area if properly harnessed.
Similarly, an indigene of Rumuekini, Chief Maxwel Chime, expressed sadness that the fish farm was abandoned.
“This is the project that will make you feel the presence of government in this community, but I don’t know what happened that made successive administrations in the council to abandon the farm.
“It is my desire that the new Chairman, Barrister Ariolu and his team will visit the farm, and revive it. That alone will endear me to his policies,” Chime said.
Meanwhile, another indigene of the area, Mr Bekwele Chinda, alleged that the abandonment of the Rumuekini Fish Farm was political.
He urged the new council chairman to make a difference by resuscitating the fish farm for the economic growth of the area. 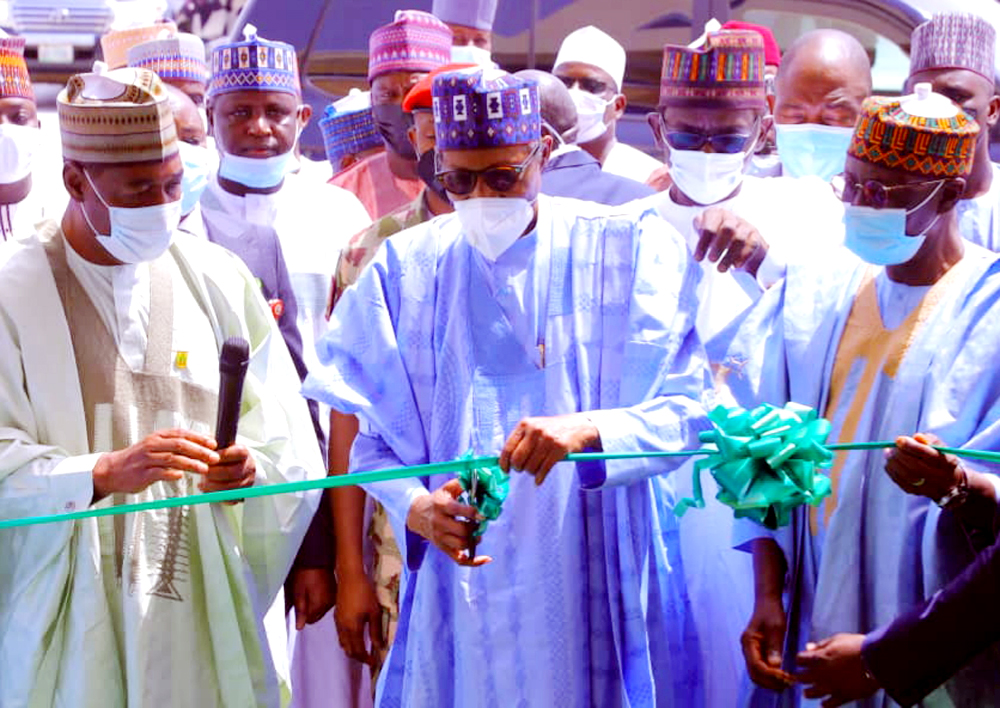 The Association of Environmental Lawyers of Nigeria (AELN), Rivers State Chapter, has declared its willingness to interface with oil and gas companies operating in the State to reduce the level of environmental pollution in the State.
The National President of the association and Associate Professor of Energy and Environmenal Law, Dr. Samuel Chisa Dike, who dropped this hint in an exclusive interview with The Tide in Port Harcourt, said the association was taking the step in order for the companies to reduce their environmental pollution footprints in the State.
According to him, there is need for oil and gas companies operating in the State to adopt what happens in the United Kingdom and other developed nations by reducing drastically their carbon footprints.
Dike explained that mechanics, automobile and oil and gas companies constitute the worst agents of pollution in Nigeria, and therefore, appealed to them to do something to actually safeguard the environment.
According to him, Rivers Sate is heavily polluted as a result of soot.
He said the association was going to interface with the companies first before resorting to litigation or class action, contending that carbon emission is the major cause of soot being experienced in the State.
“The environment is clean but it is being degraded by human beings. We are going to interface with the companies and appeal to them. We are going to sue industries that are pollution-prone. If they fail to do something, we resort to redress, litigation or class action,” he said.
Dike indicated that the organisation would also talk with the government and the organised private sector, stressing that the restoration of the ecosystem is very important.
Meanwhile, the Association of Environmental Lawyers of Nigeria (AELN), has partnered with the Nigeria Bar Association (NBA), Port Harcourt Branch, in a bid to actualise its determination to champion the protection and restoration of the environment in Rivers State.
To this end, the executive of the association recently paid a sensitisation visit to the Chairman of NBA, Port Harcourt Branch, Prince O. Nyekwere in his office in Port Harcourt and inaugurated him as a Green Advocate of the Environment as well as challenged him and the Bar to join the vanguard of those fighting against environmental pollution in the State.
The National President of the association, Dr. Samuel Chisa Dike, who briefed him on the activities of the body, intimated him of the steps the organisation was taking to remedy the environment.
In his response, Prince Nyekwere assured that NBA would partner with the body in the cause and regretted that the government was not doing much in that direction.
Nyekwere said companies operating in the country rather prefer to pay penalties instead of stopping gas flaring, stressing that artisanal refining also known as kpofire is what is causing the soot the state is experiencing.
According to him, “we need to be proactive.”

Petrol Scarcity Looms In Abuja, Others As Marketers Begin Strike 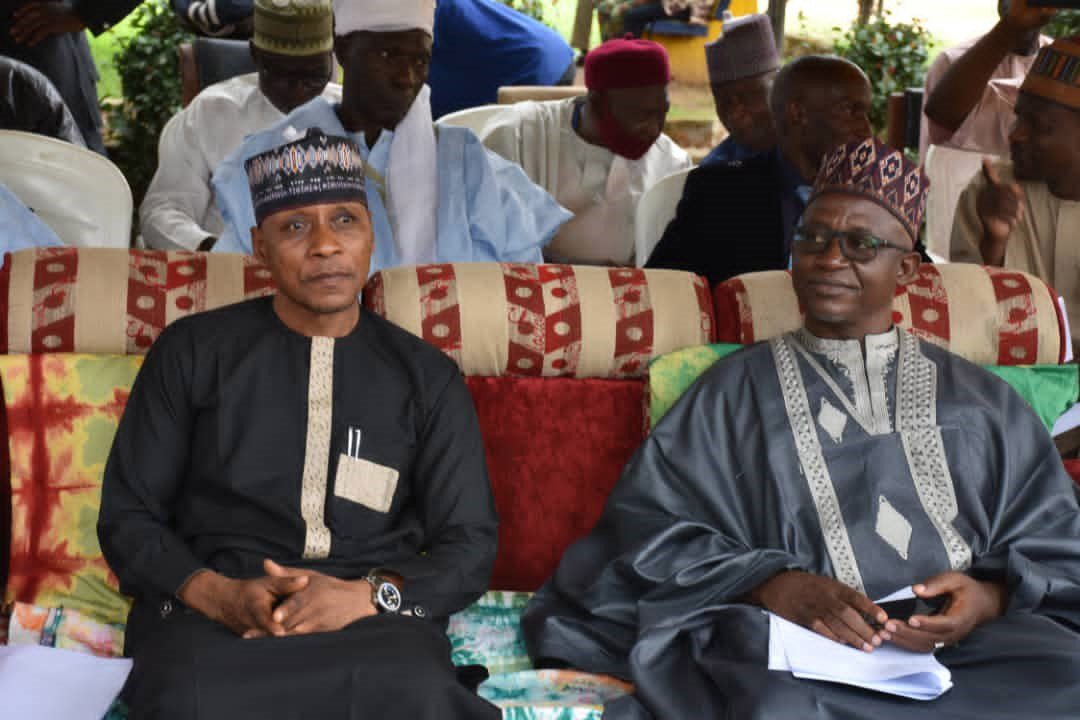 Abuja, Niger, Kaduna and neighbouring locations may face petrol scarcity in the coming days as oil marketers who distribute products in these areas have commenced an industrial action.
Oil dealers under the aegis of the Independent Petroleum Marketers Association of Nigeria, Suleja/Abuja Unit, started the strike on Monday following disagreements between them and the Department of Petroleum Resources.
On Sunday, the marketers threatened to embark on strike over alleged extortion by DPR officials, a claim that was denied by the regulator, as it argued that its demand from the marketers was a statutory requirement.
The IPMAN Chairman, Suleja/Abuja Unit, Yahaya Alhassan, had kicked against DPR’s request for daily stock of products supplied by dealers who patronise the Suleja depot in Niger State, describing it as unethical.
But the Head, Public Affairs, DPR, Paul Osu, argued that the request was a statutory regulatory requirement for any retail outlet licence holder, which enabled DPR to provide accurate petroleum products consumption data for the country.
The association’s National Vice President, IPMAN, Abubakar Maigandi, told a national daily (not The Tide) that the strike had begun.
“I have confirmed but we at the national level, we don’t want to involve ourselves in that issue,” he said.
On whether the association was not concerned that the strike could cause petrol scarcity in Abuja, Niger, Kaduna and other locations, Maigandi expressed hope that the strike would be short-lived.
“It is normal to see queues as a result of strike, but I know that it won’t take long. They will resolve the issue very soon because by Tuesday we hope they will call our attention to the matter,” he said.
The DPR, however, maintained that its regulatory oversight was at no cost to the retail outlets, stressing that the provision of the daily stock report also enabled it to provide guide to investors in line with its role in the sector.