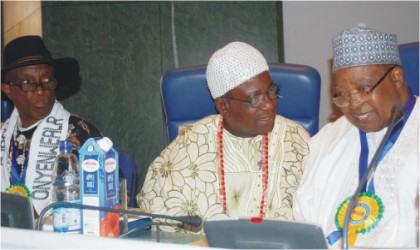 The Rivers State House of Assembly yesterday passed into law the state 2011 Appropriation Bill with an  increase of N1billion, bringing the budget to N415, 100,221,000.

A breakdown of the approved appropriation shows that recurrent expenditure gulped the sum of N44,802,914,000, while capital expenditure accounts for N268,841,069,446 only. Before the budget was approved, the House was stood down for forty-five minutes to pave way for the House committee of the whole House to consider the reports of the various House committees submitted.

The Speaker of the House, Rt Hon Tonye Harry, who presided over the House committee of the whole House explained that there was no budgetary provision for the Social Services Contributory Levy Law which would take care of the free education and free healthcare services in the state, hence, the need for the increase.

He stated that the one billion naira appropriated to the Social Service Contributory Law was reasonable enough to fund the agency, and thanked the lawmakers for their efforts towards ensuring that the budget was passed on time.

In their various requests, the Deputy Leader of the House, Hon Hope Ikriko, who supervised the budget defence of the state fire service, appealed to the House to approve the purchase of four fire fighting vehicles for the new fire stations pending their completion.

In his own submission, Hon Onari Brown, who supervised the state agencies and commissions , requested that a provision be made in the budget for the computerisation of the state civil service commission.

However, the Speaker, Rt Hon Tonye Harry told the lawmakers that the budget proposal was too tight, hence, their requests could not be accommodated.

The Speaker later reconvened the House after the consideration of the reports of the various committees during the House committee of the whole house.

He later put the budget to a vote. 24 lawmakers voted in favour of the passage of the budget.

It would be recalled that Governor Amaechi had on December 16, last year presented a budget proposal of N414 billion to the state House of Assembly for consideration which  the lawmakers increased by one billion naira.