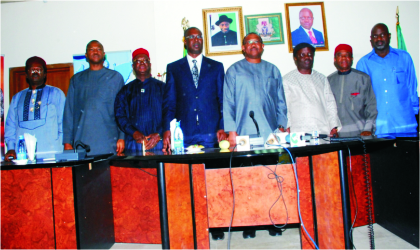 A consultant Oncologist at the National Hospital, Abuja, Dr Festus Igbinoba, has alerted women of the high rate of cancerous breasts, advising women to undergo regular breast examination to check the trend.

Dr Igbinoba, though did not give statistics of breast cancer prevalence in Nigeria, told newsmen in Abuja that breast cancer mortality rate in Nigeria was largely a reflection of late examination of cancerous breasts.

“It is better for women to go and check themselves in finding out what is going on because the best prevention is early detection,” Igbinoba said.

Igbinoba said that women should be on the alert for uncommon signs in the breasts as that could be a pointer to the disease, advising that “anytime you feel a lump or a discharge that you don’t like, run to your oncologist or to your surgeon.”

He cautioned against fear of the unknown as that would not help, adding that the threat of breast cancer had become so serious a lot of women were afraid to get tested.

He said that the result of late report of some of the signs, had left many women without a chance of survival.

Igbinoba explained that causes could also be as a result of obesity, alcoholism, lifestyle and menstrual history.

According to him, “women who started menstruating early before age 12 have a higher risk of getting breast cancer as well as those who are still menstruating after 55 years of age.

“Late pregnancy for those people who didn’t have their first pregnancy before age 30 could also lead to the disease. “It is not the pregnancy and the baby that does it, but breast feeding, because if you have not breast-fed at age 30, then you are at a higher risk of being affected.”

“Some people have talked about the use of contraceptives to be a part of it, then you are also at a risk, the best thing is not to get yourself involved in contraceptives by living life naturally.

“Dieting is very important, women should find ways of exercising for those who are obese, while after is also the issue of exposure to things like radiation,” he added.

Vote Me Out If…, Amaechi Tells Traders