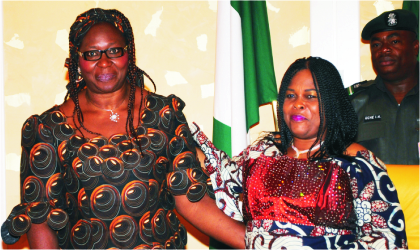 Striking lecturers at the Rivers State University of Science and Technology (RSUST) and the Ignatius Ajuru University of Education are insisting on continuing with their strike except the state government is ready to go into negotiation.

Chairman of the Academic Staff Union of Universities (ASUU) at Ignatius Ajuru University of Education, Dr Ugochukwu Ake told newsmen yesterday that the only way to resolve the prolonged labour dispute was for the state government to enter into dialogue with them.

He said, “the strike is still on and there is nothing anybody can do about it … and the strike would come to an end if we reach concrete agreement with the state government on finding ways to implement the ASUU agreement of 2009. And so we are appealing that the best way out of the whole thing is how to work out that agreement.”

But chairman of ASUU in the Rivers State University of Science and Technology, alleged that the state government had refused to dialogue with the union.

He described as false claims that the state government had demonstrated willingness to dialogue with the university teachers, insisting that no such effort had been made.

He stated that the lecturers were not bent on receiving extra salaries as claimed in some quarters but were demanding that working and teaching environment be improved in order to raise quality of tertiary education in the state.

Meanwhile, the Student Union Government (SUG) in RSUST has appealed to the government and ASUU to sheathe their swords and return to the negotiation table.

The President of the Student Union Government of the institution, Comrade Faith Nwaonu said that the body would not watch from the sidelines again since they had lost one full academic year due to the impasse.

He noted that the SUG would convene an emergency congress today towards finding amicable solutions to the problem, pointing out that a lot of the students were tired of staying at home because of the strike.