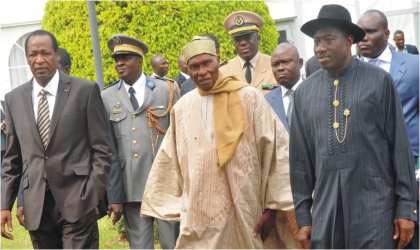 The Chief of Army Staff, Lt.-Gen. Azubuike Ihejirika, has described the bomb explosions in Jos on Christmas eve as an act of terrorism.

Our correspondent reports that the bomb explosions, at Anguwan Rukuba, the Kabong Satellite Market and the flyover at Gada Biyu, which were carried out simultaneously, caused serious casualties.

Ihejirika told newsmen in Port Harcourt last Saturday that the bomb blasts were unfortunate incidents, adding that the military would enhance intelligence to prevent further bombings in the country.

He added that “the series of bomb blasts which occurred Friday night is very unfortunate.”

“Nobody is taking it lightly I sympathise with all the victims and like I said sometimes ago, all these challenges put us to task and what it means is that we have to enhance intelligence to be able to nip these problems before they occur.”, he said.

The Chief of Army Staff urged the people to be strong in spite of the explosions.”

On the task force operations at Ayakoromo community in Burutu Local Government Area of Delta, the army chief said the military did not commit genocide there.

They are meant to protect Nigerians. But as it has happened in the case of Ayokoromo, in the course of operations, there was collateral damage resulting from the tactics adopted by the militants.

“So, what is going to happen is that Nigerian Army engineers will assist the people to reconstruct those buildings damaged, whether they resulted from the Nigerian Army action or not”.

The army boss added that reports made available to him showed that six civilians died during the operations at Ayokoromo.

He said that his visit to the Niger Delta was to celebrate Christmas with troops in operation at their various bases.