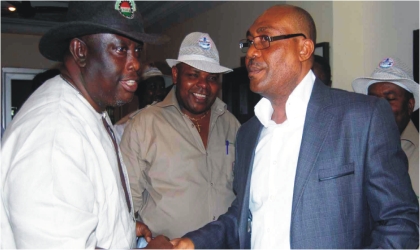 Governor Amaechi, who gave the order yesterday while on an unscheduled inspection tour of some schools in the area, said the closure followed unhealthy learning environment around the school, where mechanic workshops, welding shops and stores had taken over the school premises.

The governor, therefore, directed the Commissioner for Education to demolish the building to pave way for the construction of a model school.

He also urged the Education Commissioner to redeploy the teachers in the school and redistribute all the students to the nearest secondary schools in the area.

The State Chief Executive, who was angry that a section of the school compound had been converted to a mechanic workshop, while the remaining land was occupied by a new generation church, ordered them to vacate the premises within one week, including the shops in the school to enable construction work to commence.

Governor Amaechi also inspected St Andrew’s State School, Diobu, State School Orogbum, and the former Azikiwe Road, now Lulu Briggs Road, where he directed the contracting Lubrik firm to ensure that the lane that has been closed was opened within two days for easy flow of traffic.