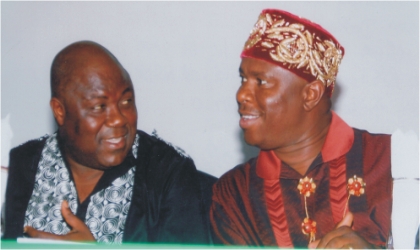 The Rivers State Government has successfully commissioned 31 modern healthcentres in 23 local government areas of the state in 31 days under the project 60-60-60 which kicked off on October 26, this year.

The Tide correspondent monitoring the commission reports that the health centres are equipped with modern laboratories, breast cancer, HIV/AIDS scanning machines, Maternity and male and female wards as well as residential quarters for resident doctors and matrons.

Speaking during the commissioning and handing over of the healthcare centre at Ibaa in Emohua Local Government Area on Wednesday, the state Commissioner for Health, Dr Sampson Parker implored the people to properly utilize and ensure the safety of the facilities at the centres.

The commissioner who represented the state Governor, Rt. Hon. Rotimi Chibuike Amaechi said the state government would pay staff of the health centres, and advised that they should not be converted to criminals’ dens but should be utilised for the purpose it was established.

At Akinima in Ahoada East Local Government Area, Governor Amaechi urged the people to see the project as their own property meant for the betterment of their health but report any fraudulent activity by the workers to the government.

Earlier, the paramount ruler of Akinima Town, HRH Adide Dimkpa Mazi in his goodwill message thanked the government on behalf of Akinima people for what it has done, and assured effective use of the health centre.

Also speaking, the council chairman, Chief Rufus Awari noted that he would not forget the day the government of Rivers State changed the health status of Akinima by providing the area with modern primary healthcare centre.

It would be recalled that the state government placed a two month suspension order last Monday, on the doctor in charge of Ipo Primary healthcare centre, Dr Harry D. Hamilton and his matron, Mrs Mercy Kumanwi for failing to report to their duty posts.

Announcing the suspension, the state Health Commissioner, Dr Sampson Parker who visited the health centre unannounced, expressed shock that several months after being posted, the doctor and matron had abandoned their duty posts and left the health centre in the hands of a community extension workers, which the commission said was unacceptable as it negates the governor’s intention of reducing the disease burden of Rivers people.