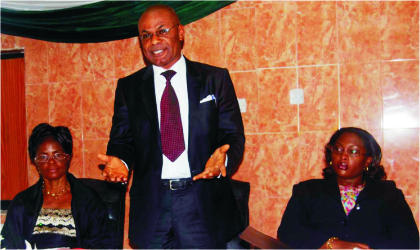 The new Rivers Liquefied Petroleum Gas (LPG) plant will soon take off as the state government has acquired a waterfront site in Port Harcourt for the project.

Rivers State Commissioner for Energy and Natural Resources, Dr Dawari George dropped the hint while interacting with journalists last Tuesday in Port Harcourt at the International Oil and Gas Summit organised by the state government.

Dr George said as part of preparations, the state government had signed a Memorandum of Understanding (MoU) with CSL logistics on the construction of the plant.

He explained that the site acquired would provide berthing jetties for gas carrying vessels, noting that in no distant time, scarcity of gas would be a thing of the past in the state.

The energy commissioner disclosed that the state government was not happy over the frequent scarcity of petroleum products, hence, when the plant comes on stream it would help reduce the price of gas.

Aside the gas plant, he stated that the company had equally unveiled plant to evolve a technology that would make gas accessible and cheap, pointing out that the state has enough petroleum resources to sustain the project.

Meanwhile, stakeholders at the just concluded International Oil and Gas Summit (IOGS) have called for the sitting of a gas processing plant in the state.

Making their views public over the controversial Petroleum Industry Bill (PIB), the participants urged the National Assembly to include the concerns and agitations of oil-bearing communities in the bill.

They also stressed the need to enshrine the 10 per cent equity for oil-bearing communities in the bill, while calling for the amendment of the Land Use Act which they believe deprived the people the right of control over their land resources.

Other views expressed by the stakeholders include the adoption of Public/Private Partnership (PPP) models in the energy sector.

If the PPP model was adopted, they asserted that it would provide small scale industries the opportunity to fully participate in the running and operations of the oil sector.