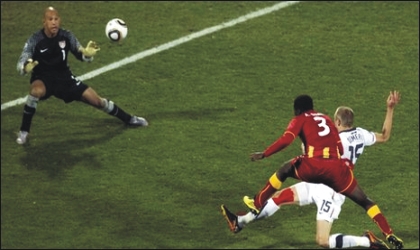 Governors of the South-South States rose from a convened meeting in Port Harcourt last Friday night with a call on the Federal Government to expedite action on the passage of the Petroleum Industry Bill.

The governors averred that the quick passage of the Petroleum Industrial Bill would directly benefit communities where the oil resources are being exploited from.

Reading a six-point communique issued at the end of their meeting at the Brick House in Port Harcourt, the Governor of Cross River State, Senator Liyel Imoke said the “governors had noted the degradation of the environment through oil spillages caused by activities of oil companies in the Niger Delta area, and wants the Federal Government to take urgent and appropriate steps to compel oil companies operating in the area to protect the environment.

“We call on the Federal Government to put in place stronger regulations that would guide oil exploration in the region to ensure the protection of the environment”, Governor Imoke said.

As part of plans to promote regional economic integration in the zone, the South-South Governors Forum has taken steps towards the setting up of an Economic Commission known as “BRACED”, acronym for Bayelsa, Rivers, Akwa Ibom, Cross River, Edo and Delta States.

According to the Communique, the governors approved the formal establishment of the Secretariat of the Commission which will be charged with instituting the Economic Development Council that will be private sector driven to attract investment to the sub- region.

They equally agreed that the South-South Economic Summit which started last year be made an annual event to create opportunity for the region to show case its economic potentials with the next summit fixed for 18th and 19th of November in Asaba Delta State.

The six point communique expressed sympathy with the family of late President Umaru Musa Yar’ Adua and the nation, and congratulates President Goodluck Jonathan on his assumption of office, commending him for the maturity with which he has steered the ship of state of the nation so far, and assured him of the support of the South-South governors in the effort to ensure peace, stability and development of the country.

It also commends the decision of the federal government to involve the governors in the consultative process of the management of the post Amnesty programme which according to them remains a major challenge to the stability of the region.

All the six governors of states in the region signed the communigue.