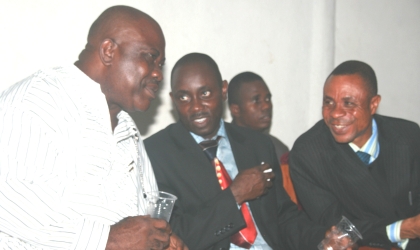 A lecturer in the faculty of Humanities, University of Port Harcourt, Dr Glory Amadi, was on Friday night abducted from his home in Rumuokurushi, Obio/Akpor Local Government Area of Rivers State, by four heavily armed men.

According to the community member who spoke to The Tide, the four men arrived the lecturer’s residence in his absence, tied up his wife and children locked them up in a room, sat comfortably in the living room and awaited the arrival of their victim, said to be in the nearby church.

The Tide was further informed that on arrival to his house, the unsuspecting Dr Amadi was easily overpowered, pushed into his jeep, with which the hoodlums drove off. The police arrived the scene later.

Though no contact has yet been made with his family, the hoodlums abandoned the don’s jeep in a nearby village and made away with their captive.

Efforts to reach the Police Public Relations Officer, Rivers State Command, Dr Rita Inom Abbey for comments could not yield result as calls through her cell phones could not go through.

Tight Rope Named Hope …After Throwing ‘Kaita’ In The Works