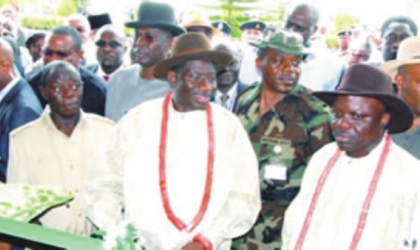 A Lagos-based pastor, Samuel Asiru, is seeking the leave of the Shomolu Customary Court in Lagos to divorce his wife, Helen.

The 67 Years old man of God prostrated before the court and pleaded that his 20 years old marriage to Helen be dissolved to enable him have peace, describing his wife as demonic.

He explained further that he had brought his wife before to the same court in 2007 calling for a dissolution of their relationship, but the judge reconciled them instead.

The demon in her life is still affecting him spiritually.

He added that, he ·packed out of the matrimonial home since 2002, due to his wife’s satanic attitude, although she is responsible to the upkeep of the children.

He also accused his wife’s spirit of causing his blindness and partial stroke, adding that God had revived him form the ill -health.

“Some members of the Christian Association of Nigeria and 13 different pastors have intervened on our matter but I can never consider her back into my life.

“I pray the court to separate our relationship because I believe’ there is no need for settlement and I am promising before the court to pay N20,000 monthly for the children’s upkeep,” Asiru said.

Helen, 50, a teacher in Lagos, pleaded with the court to reconcile their differences, saying that she still loved her husband in spite of his utterances.

The court president, Mrs. Modupe Bajulaiye, stated that the court is meant for reconciliation and would not dissolve any marriage without intervening.

Bajulaiye gave the couple one month to see if reconciliation effort of the court would be fruitful.

She thus adjourned the case to July 2.