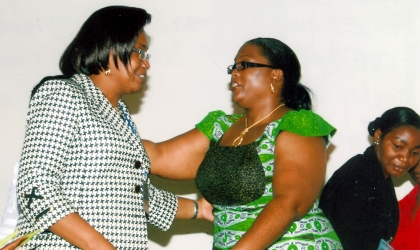 The confirmation of Nwodo was the outcome of the party’s 51st NEC meeting held in Abuja.

NEC also ratified some waivers granted some members, who joined or returned to the party in recent times.

In his acceptance speech, Nwodo said that the focus of his leadership of the party would be primarily on the rebuilding of the party’s image.

“To achieve this, I will open up the party to all Nigerians, who deserve to join the party,” he said.

Nwodo said that the process of choosing candidates for the 2011 election would be subjected to internal democracy.

He said, “This will be in line with our party’s constitution and the extant rules.

“We must return the choice of our candidate to the people and not to individual godfathers and godmothers.”

Nwodo added that his leadership would ensure that the scope of delegates to party primaries must be reviewed in order to have more of elected delegates than statutory ones.

“This is what we mean by opening up the party to widen its electoral base,” he said.

He said that the party must be returned to the principles and ideals of the founding fathers,

Nwodo was pioneer National Secretary of the party and a former Governor of Enugu State.

It will be recalled that the National Vice-Chairman of the party in the South-East, Chief Olisa Metuh, confirmed that the zone had removed all legal and technical hurdles placed against his confirmation.

He said that the consultations embarked by the party hierarchy at all levels showed that members had endorsed Nwodo, pending his confirmation by the party’s NEC.