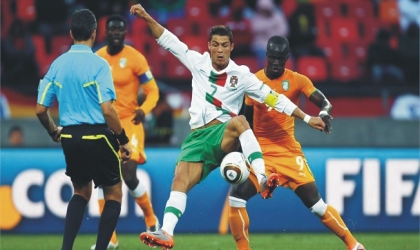 After narrowly losing their first match in Group 0-1 to Argentina in their opening match, Nigeria’s Super Eagles are now faced with no other option than to beat remaining group opponents, Greece and South Korea, if they are to progress to the next round.

Indeed, the Nigerians can draw some positives from the loss and must build on the performance to overcome the remaining two group hurdles.

According to many obsevers conceding early goal to the Argentines in the first match did not help the course of the Super Eagles, especially, after showing in the second half that they can raise their game and compete.

Victory in today’s match against Greece is not negotiable. It is the only result that will maintain  Nigerian’s interest in the group’s available two tickets and the World Cup.

Interestingly, both Greece and South Korea have shown that they will not be a stroll in the park for Nigeria.

Greece’s opening day loss will certainly galvanize them to action on Thursday. A loss to Nigeria will effectively end their aspirations , thus they will not like to go home early.

South Korea, however, looks to be the major threat to Nigeria’s hopes. Their pace, shill and durability as shown in the 2-0 route of Greece will certainly put the Eagles to task in the final group game on June 22. But Nigerian must seek to subdue the Greeks before thinking of J.S Park and his troops.

For the Eagles to conquer, Coach Lars Lagerback must find a way of improving on the cohesion and concentration of the team’s defence.

In fact, aside goalkeeping, all other department need improvement.

The midfield, anchored on Dickson Etuhu and Starry-eye, Lukman Haruna must improve on their marking, ball winning and distribution abilities.

The Super Eagles equally need more creativity in the attacking third, while the strikers scoring technique ought to be worked on.

No doubt, the Nigerian team must be put through defensive and target shooting practice, if they must not return home earlier than hoped.