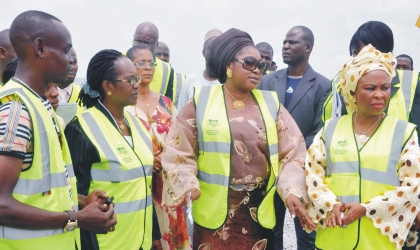 Police in Rivers State have arrested 16 suspects over the abduction of HRH Eze Sunday Njoku of Umuebulun community in Oyigbo Local Government Area.

According to the PPRO, three of the suspects suffered injuries during exchange of gunfire with the men of Rivers State police command.

The hoodlums were said to have taken Njoku at about 9.30am  in the full glare of the congregation in the church.

The Tide gathered that two persons who attempted to challenge the kidnappers were shot dead instantly.

The Tide further gathered that the kidnappers numbering about seven took the Umuebulun paramount ruler and headed towards Aba in Abia State.

Dr Inoma-Abbey said, apart from the two persons who dropped dead on the spot, several other members of the church were injured.

She said, the suspects were arrested following the efforts of the police on patrol teams who were directed to block all possible escape routes immediately the police got the kidnap information of the royal father.

The Police image-maker said the suspects would be charged to court as soon as police conclude investigation on the incident.

Dr Inoma-Abbey reiterated that the command would not relent on its efforts to ensure that criminality is drastically reduced in Rivers State.