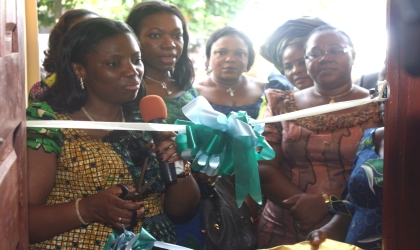 The suspect, Mr Egade Lucky, was arrested by the anti-drug agency during the outward clearance of Air France Flight AF 3031 to Paris.

Mr Lucky with Nigerian International Passport No A3310311, also has an Italian residence permit, ITA98988AZ and had travelled to Nigeria on the 25th of last month from Italy, where he lives.

He was on his way back to Italy when the eyes of the narcotics officials fished him out, having spotted him as a drug courier.

While parading the suspect yesterday at the Port Harcourt International Airport, Omagwa, the NDLEA commander, Mr Julius Bara Parah said the suspect claimed he did not know the exact quantity of wraps he swallowed but has excreted a total of 71 wraps of the substance found to be cocaine.

Mr Parah said it is unfortunate that a young youth of 19 years is involved in the crime of drug trafficking, knowing its dire consequences.

The NDLEA boss said investigations are on to track those behind the deal, warning that Port Harcourt International Airport, Omagwa is not a route for drug trafficking.

He stated that NDLEA at the airport have been able to maintain a zero drug tolerance since the airport international wing was re-opened in 2008.

According to him, the NDLEA both at the national level and at the Port Harcourt International Airport, “shall remain focused, determined and will continue to do everything possible to stamp out the ills of drug abuse and illicit trafficking.”

He implored all stakeholders to always identify with NDLEA in its onerous task of making Nigeria a drug free country.

The suspect, Mr Lucky, stated that he was tricked by a friend into carrying the substance.

He claimed that he arrived in Nigeria on 25th of May 2010, and was lodged in an undisclosed hotel by an unidentified man who seized his passport and travelling documents.

According to him, “I was made to agree to carry the substance since I had no options to get back to Europe, so I swallowed the substance and was warned not to eat anything.

“I was interrogated by the NDLEA official and later detained. I was given juice and I started excreting the substances,” he said.