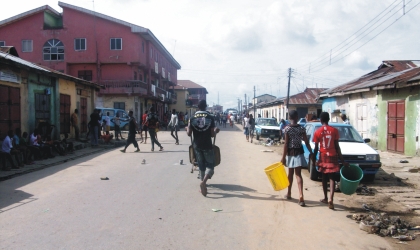 Nigeria suffered a blow just under a week away from the start of the World Cup as they announced that star midfielder, Mikel John Obi has been left out of the squad because he did not want to aggravate a knee injury.

The 23-year old Chelsea star, who follows club team mates, Michael Ballack and Michael Essien and possibly Didier Drogba in missing out of the finals because of injury is likely to be replaced by one of the seven players dropped from the squad at their training camp in England last Monday, Brown Ideye. He joined the team yesterday.

“We have dropped Mikel from the World Cup squad after he told the team he did not want to put his career at risk as his knee injury has yet to fully heal after a recent surgery,” disclosed top team official Emmanuel Attah on Saturday morning.

Attah added, that top team officials are locked in a meeting to decide on a last minute replacement for Mikel.

Mikel capped over 30 times, has been a huge doubt for the World Cup as he last played for Chelsea in April.

Before this big injury blow, a confident coach Las Lagerback had been confident that Mikel would play a part in today’s warm up match against North Korea.

However, others had been concerned that Nigeria were taken a big chance on Mikel after he did not play in the teams two build-up games against Saudi Arabia and Colombia.

He was the last player to join up with the rest of the squad at their training camp in Essex, England, last week and in South Africa, he cut short his work out with the team for two straight days.

Nigeria is drawn in Group B along with two-time champions Argentina, Euro 2004 winners, Greece and 2002 World Cup semi finalists, South Korea and will play their first match on June 12 against Argentina.