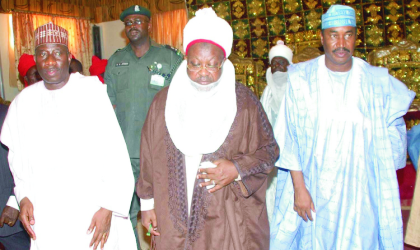 The Rivers State Government says it is making frantic efforts to recover N2.3billion owed by allottees of its low cost houses, with the warning that debtors who fail to repay risk forfeiture of their allocations.

Commissioner for Housing, Mr Marshall Uwom who disclosed this in an interview with The Tide at the Port Harcourt International Airport, Omagwa wondered how the allottees could occupy government houses intended for their good but refuse to pay for the houses even at their subsidized rates.

Expressing disappointment at the indifferent attitude displayed by the allottees, among them serving civil servants, Mr Uwom hinted that the issue of contractors fraudulently converting houses built by themselves under the excuse that government was yet to pay them was also being addressed.

According to him, there is provision in the 2010 Rivers State budget to provide N55million for contractors of Orije (Sangana) and Oromenike low cost houses, saying ‘we are determined to ensure that all illegal occupants of government houses are evicted within the confines of the law. Civil servants allocated houses that have not paid will be made to pay or be evicted”.

He noted that his ministry has a compendium of all low-cost houses built by the state government, saying that a holistic approach is being applied to put on ground  a clear arrangement that would guide successive administrations in the state to address the housing needs of the people.

The housing commissioner said the issue of National Housing Scheme (NHS) is also being addressed as well as the estate housing and property development authority, pointing out that a committee to audit those allocated houses has been set up as the Governor Amaechi-led government believes in transparency, rule of law and due process.

“We know who and who we allocated these houses to and we know what level the contractors have executed their jobs. We have photographs and records and we ensure that contractors don’t make frivolous claims to government and for whatever grievance, we have a channel”, he stressed.

Mr Uwom reiterated that civil servants were given special consideration under the owner/occupiers basis which was subsidised by N1.5million and given the opportunity to pay over eighteen months periods, yet some of them haven’t complied.

Requiem For President Yar’Adua …Sad Exit Of A Servant Leader