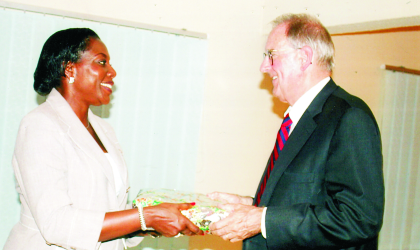 The Rivers Government says it may sack all workers employed after 2007.

Mrs Esther Anucha, Rivers State Head of Service (HOS), who made the disclosure in Port Harcourt last Friday, also said that those who earned double salaries would be unmasked.

She spoke while inaugurating a 12-man Staff Verification Committee to ascertain the number of workers and pensioners in the state.

The HOS urged the members of the committee to eradicate ghost workers on government payroll and identify officers who have retired or were no longer in service.

Anucha further directed the committee to identify actual number of pensioners and those that were dead but whose names still appeared on government pay roll.

The HOS charged the committee to be thorough in the assignment and ensure their findings were submitted to the government within one month.

She said the report would guide the State Government in the implementation of enhanced salary package for its workers.

Anucha also noted with regret that despite past efforts, the state was still faced with the problem of ghost names on its payment vouchers.

“It is regrettable to state that Rivers Government is still tackling ghost names in the payment vouchers every month, despite previous attempts to stamp out such negative practices,’’ Anucha noted.

Responding, Chairman of the committee and Permanent Secretary in the Establishment, Training and Pension Bureau, Mr Gift Chima-Ake said they would perform the assignment with diligence.

He thanked the HOS for the opportunity given them to serve.

Governor Chibuike Amaechi recently announced that the state had almost 500,000 names on its pay roll.

‘My Prophesy Has Come To Pass’