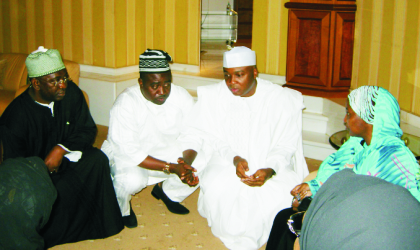 A staff of Federal Ministry of Works and Housing, Port Harcourt, Mrs Rita Oparocha, has been reportedly kidnapped by some yet to be identified gunmen. The incident which occurred last Sunday, behind Rumuokwuta Girls Secondary School was said to have been carried out by four armed men.

According to an eyewitness account, Mrs Oparocha was abducted at 8.45pm in her Red KIA Sorento car with Reg. No GK 240 RBC as she was driving into her residence.

Police patrol teams that were alerted reportedly blocked all possible escape routes to apprehend the culprits, but without success.

But at about 9.30pm, Umuebule police patrol team exchanged fire with the kidnappers at Edegelem where the police patrol van hit by bullets caught fire.

Two passers-by were also injured by stray bullets. The Tide further gathered that at Tank junction, Rumukwurusi by 10.45pm, the kidnappers were engaged by officers and men of Elimgbu police where one inspector Williams Ezeogu was fatally wounded by their bullets and his Ak 47 riffle 2622034 taken away.

However, at about 2pm on Monday, the SOS and Eneka police also engaged in a cross fire with the kidnappers which eventually forced them to abandon a Honda Car from which another victim was rescued alive from the boot.

The victim was later identified to be Mrs Millicent Texas, a Ghanian married to a Nigerian staff of 4 Star Marine, living at Rukpokwu, Port Harcourt.

When contacted, the Rivers State Police Public Relations Officier, Mrs Rita Inoma-Abbey confirmed the incident and said investigations were on to unearth the culprits and bring them to justice.