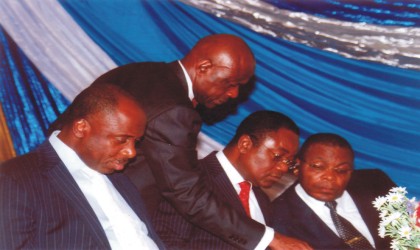 Normal academic activities will resume today at the Rivers State University of Science and Technology (RSUST) Nkpolu, Oroworukwo Port Harcourt following the suspension of the  three months industrial action by the university’s academic staff, under the aegis of the Academic Staff Union of Universities (ASUU) and the Senior Staff Union of Nigeria Universities (SSANU).

Both unions of the university had embarked on strike to protest arrears of unpaid monetization emoluments, and palpable insecurity among other demands. The Tide sources hinted that the strike was suspended following the intervention of the Rivers State House of Assembly leadership who brokered the truce.

Contacted on the matter, chairperson of ASUU, RSUST chapter, Mrs. Emilia Jaja confirmed the suspension of the strike but declined further comments.

Meanwhile, the university’s Alumni Association says it welcomes the eventual resolution of the issues in contention resulting in resumption of academic work today.

An official of the association who spoke under condition of anonymity assured that an official statement would be issued soon, and commended the unions for deciding to suspend the strike, saying its further prolongation would have affected the educational development of the state.

However, The Tide gathered that because of the protracted industrial action, RSUST may not admit fresh students this year as the institution was not included in the current Unified Tertiary Matriculation Examination (UTME).

Attempt to get the reaction of the vice chancellor of the institution Prof B.B.Fakae proved abortive as his line was not available.