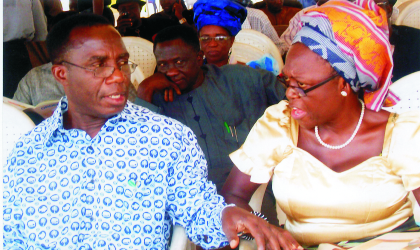 To ensure better outing in this year’s Annual Rivers State Cultural Festival tagged CARNIRIV, the  government has set up a nine-member festival committee to oversee preparations for the 2010 edition of the state carnival (CARNIRIV).

The committee, which is to be inaugurated at a later date, is aimed at ensuring early preparation for the carnival, which is expected to be improved upon this year.

The state Commissioner for Information and Communications, Mrs Ibim Semenitari  announced this yesterday while briefing Government House correspondents on the outcome of the State Executive Council meeting in Port Harcourt.

Mrs Semenitari said the State Executive Council also considered the success of the 2009 edition of CARNIRIV, and decided to take the annual cultural festival to greater heights in terms of packaging and content, to meet the yearnings of the state as a tourist destination in the Niger Delta region.

The state government, she said, also, considered and approved four draft bills which will  be forwarded to the state House of Assembly for deliberations.

Governorship: Why They Tried To Stop Me –Amaechi