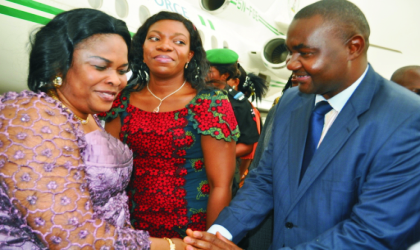 The National Assembly, yesterday passed the 2010 budget of N4.6 trillion.

The budget was passed  after the harmonised report by both chambers had gone through  the third reading on both floors of the National Assembly .

An original budget proposal of N4.079 trillion was sent to the National Assembly by President Umaru Yar’Adua on Nov. 24 and later increased to N4,415 trillion.

With the passage of the bill, the National Assembly is authorising the executive arm of government to issue from the consolidated revenue fund of the Federal Government the sum of N4. 6 trillion.

Out of the amount, N108. 3 billion is for statutory transfers; N497. 1 billion for debt service; N2. 1 trillion for recurrent non-debt expenditure while the balance of N1.9 trillion is for contribution to the development for capital expenditure for the year ending May 31, 2010.

In passing the bill, the Senate said it based its revenue projection for the 2010 budget on  the benchmark oil price of 67 dollars per barrel; crude oil production, 2.350mbpd; joint venture cash calls,7 billion dollars; GDP, 5.47 per cent; inflation rate of 11.2 per cent and exchange rate of N150 to a dollar.

The Senate said it made a downward adjustment of the recurrent provision to make savings for capital budge with capital expenditure of N1.8 trillion, a figure of N831.6 billion above the 2009 Appropriation Act provision.

Senate President David Mark in his remarks said the implementation of the budget should be faithfully carried out so that it would benefit the generality of Nigerians.

“Unlike before, I want to advise that we must try to faithfully implement this budget to the benefit of the people,’’ he said.