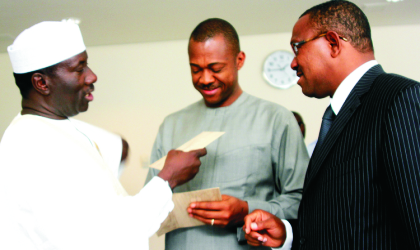 The Bayelsa State Commissioner for Finance, Dr Charles Sylva Osuala who was charged alongside three others by the Economic and Financial Crimes Commission (EFCC) for allegedly laundering state funds to the tune of N2.4billion is now on the run and has been declared wanted by the anti-graft body.

The Finance Commissioner was charged along with three others for conspiracy and conversion of properties and resources amounting to billions of naira belonging to the Bayelsa State Government.

Meanwhile, three Bayelsa State government officials facing charges of money laundering and diversion of public funds will remain in prison for the next three weeks, a federal high court in Abuja ruled Wednesday.

Francis Okukoro, the Accountant General of the state; Abbot Clinton, the director of treasury; and Ikobho Anthony Howells, the director of finance, will remain in Kuje prison, Abuja, until 13 April when their trial will begin.

The officials were arrested on 16 March by the Economic and Financial Crimes Commission (EFCC) and a six-count charge of financial impropriety to the tune of N2.4 billion slammed on them.

The officials were accused of using the state government’s name to carry out several financial transactions using various account numbers in at least four banks in the country with the intention of defrauding the state.

In a statement by the EFCC, the agency said that the officials were denied bail by the trial judge, D.V. Okorowo. It is not clear if the judge’s decision was as a result of the disappearance of one of the accused, Mr. Osuala. The EFCC, however, said that the hunt is on for Mr. Osuala.

“We are still making efforts to get him. As soon as we do, we will let you know,” the EFCC spokesman, Femi Babafemi said in Abuja.