Freedom Fighters in Niger Delta Delta region say they will embark on civil disobedience in Nigeria if Vice President Goodluck Jonathan is not given the constitutional power to act as President within 14 days in the absence of the ailing President Umaru Musa Yar’Adua from the country.

The threat of the Niger Delta Freedom Fighters is coming on the heels of Federal High Court order on the Federal Executive Council (FEC) to determine within 14 days the state of health of President Yar’Adua who has been absent from the country for 62 days on health grounds.

The Chief Judge of the Federal High Court, Justice Dan Abutu, in delivering judgement in a case filed by a former member of the House of Representatives, Mr Farouk Aliyu and a lawyer, Sani Gabbas said the only body recognized by the constitution is the Executive Council of the Federation, and that the resolution should be made public.

But reacting to what is called “Offshore Presidency of Yar’Adua”, the Niger Delta Freedom Fighters did not hide their feelings that time is coming for action to give Nigeria a leadership especially since the 62-day absentia of President Yar’Adua.

In a text message to journalists nationwide, Co-ordinator of Niger Delta Freedom Fighters, Nengi James said “we will be forced to embark on civil disobedience by using any means necessary to ensure that Vice President Goodluck Jonathan is given the constitutional rights to take over the leadership of Nigeria in line with the High Court judgment declaration of 14 days ultimatum to Federal Executive Council.”

In the face of protest rallies in Abuja and Lagos so far, demanding that Vice President Goodluck Jonathan be inaugurated as acting president, James said the Niger Delta Freedom Fighters are individuals in cause of true democracy and war against corruption in the country.

January 12, 2010, Nobel Laureate, Prof Wole Soyinka and other human rights activities had led a protest rally in the streets of Abuja demanding for the inauguration of Jonathan as acting president.

Thursday January 21, 2010, another group under the aegis of Save Nigeria Group (SNG) held a protect rally in Lagos making a case for acting presidency of Jonathan.

The rally tagged “Enough is enough” started from Archbishop Vining Memorial playground at GRA Ikeja, Lagos and ended up at Government House, Alaosa where they presented a letter to Governor Babatunde Fashola (SAN) for onward presentation to the Governors’ Forum.

Tunde Bakare of the Latter Rain Assembly who formally presented the group’s letter of request to Fashola, lamented that with Nigeria leaders, one couldn’t draw straight lines but crooked ones.

Soyinka was not at the Lagos rally but sent in a message from India in which he said the rally was not much about vacuum in governance but how it (vacuum) should be filled.

Both the Abuja and Lagos protest rally did not witness any ugly incidents, and there are indications that the protest rally demanding for Jonathan to be made acting president will spread to major cities of the country to press home their demand.

Meanwhile, James said a strategic and implementation unit of the Freedom Fighters League and Freelance Fighters in Niger Delta will meet on February 3, to strategise on line of action. 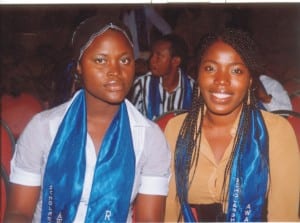 PROLOGUE My Agony, NAY MINE