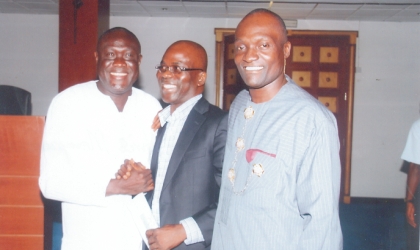 “The government has placed a 12-hour curfew from 6 pm to 6 am on the city following some violence in Nassarawa Gwom district of the city,” Information commissioner for Plateau State, Gregory Yenlong, told newsmen.

Residents said nine people had been killed while six people were injured in clashes between Christians and Muslims in the city.

“I was at the Jos University hospital, where I saw nine dead bodies and six people injured with machete cuts on admission,” resident told our correspondent .

He said several houses and vehicles were also burnt.

“I can see billows of dark smoke from burning houses in Nassarawa Gwom,” he added.

Yenlong could not confirm the death toll.

“I can’t give any casualty details because we are still awaiting a comprehensive report on the violence,” he said.

Plateau police spokesman Mohammed Lerema said the situation had been brought under control.

Jos has been a hotbed of religious violence in central Nigeria.

In November 2008, hundreds of people were killed following two days of violence triggered by a rumour that the majority-Muslim All Nigerian Peoples Party (ANPP) had lost in a local election to the mainly Christian Peoples Democratic Party (PDP).

Soldiers and policemen were brought in to restore order following the violence.

State officials put the death toll in the violence at about 200 but other sources gave a toll twice that figure.

Religious violence has also erupted recently in nearby northern Nigeria.

Last month, at least 70 people were killed in violent clashes between security forces and members of a radical Islamist sect in northern Nigeria’s Bauchi State.

The Kala-Kato sect, also known as Maitatsine, has been present in several Muslim-dominated states in northern Nigeria for decades.

It led religious uprisings in 1980 and 1992 which claimed thousands of lives in the northern cities of Kano and Yola.

The number of its followers is not known but has been estimated at several thousand.

Sect leader Badamasi Saleh Alkaleri was among those killed by security forces, the police said.

The Kala-Kato sect abhors modernity, including Western-style education and medicine. It bans television and radio in its members’ homes and rejects any literature except the Koran.

A sect with similar inclinations, known as Boko Haram, led an insurrection in July 2009.

At least 800 people were killed then when security forces crushed the uprising in nearby Borno State. Its name means “Western Education is a Sin” in the local Hausa language.

Nigeria, Africa’s most populous country of some 150 million people, is evenly divided by a mainly Muslim-dominated north and mainly Christian south.