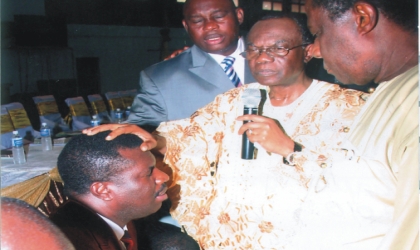 Nigeria will host the 2010 edition of the Africa Regional Conference of the International Federation of Medical Students Association (IFMSA).

The president of the Nigeria Medical Student’s Association (NIMSA), Mr Patrick Ezie said on Wednesday that Nigeria won the bid to host the conference at the regional meeting of IFMSA which held in Khartoum, Sudan from December 15, 2009 to December 23, 2009.

He said that the bid was contested by Nigeria, Ghana and Kenya and that Nigeria won by one vote.

Ezie said that not less than 400 participant would attend the event scheduled to hold in Abuja in December 2010.

He said that since its 35 years  of existence, NIMSA would be hosting the conference for the first time.

Ezie said that about N62 million will be required to organize the event which has its theme as “The Millennium Development Goals, 3,4,5 and 6, the January so far in Africa at the end of the decade”.

He said that the money would be spent on the accommodation of the 400 participants their feeding and other logistics.

He therefore, appealed to government at various levels, corporate organisations to support NIMSA in ensuring a successful hosting of the event.

Ezie said that the conference would serve as an opportunity for the youths of Nigeria to showcase what they could contribute towards national development, especially now that image of the nation was at a low ebb due to the act of terrorism exhibited by a young  national inside a US bound aircraft on December 25, 2009.

At the Khartoum conference, he said that delegates discussed reproductive health, violations such as rape and female genital cutting and advised government in the contient to take steps to reduce such incidents.

He also said that delegates advised governments in Africa to look into conflicts in the continent and seek ways to stop them, while donor agencies were commended for their efforts in resolving conflicts in the region.

Ezie said that the need for health workers to be equipped with information was stressed, just as the regular training of medical personnel was recommended for governments in the continent.

He said that delegates noted the strategy that Nigeria adopted in resolving the conflicts in the Niger Delta area and therefore recommended the amnesty strategy as a means of resolving conflicts in Africa.