Striker Mido has been dropped from Egypt’s final squad for this month’s Africa Cup of Nations in Angola.

Mido had originally been named in coach Hassan Shehata’s preliminary squad of 32 players for the tournament.

He has struggled with form since he returned to Egypt to play for Zamalek.

Mido played in a 1-1 draw with Malawi in Cairo on Tuesday but looked out of shape.

Egypt are also without key players Amr Zaki and current BBC African Footballer of the Year, Mohammed Aboutrika, both out due to injury.

The reigning African champions fly to Dubai on 1 January to continue training and play Mali in their final friendly three days later.

The Pharaoh’s begin their Group C campaign against Nigeria on 12 January before taking on Mozambique and then Benin.

Mensah Out For Black Stars 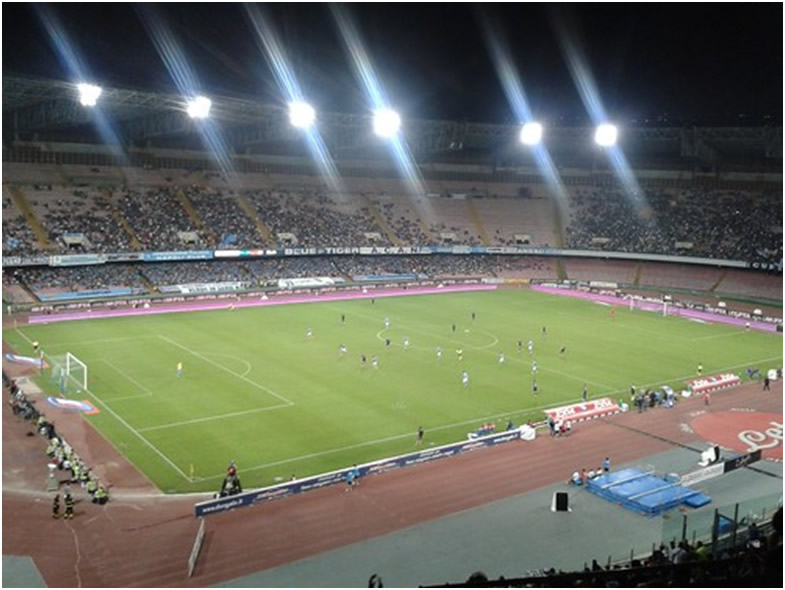 He’s already playing in one of the biggest leagues in world football but Nigerian international striker Victor Osimhem continues to be monitored by major clubs around the globe. After an electrifying start which saw him score eight goals in his first nine games of the new season, the Napoli forward could well be the subject of a major transfer enquiry in 2022.

His current club will naturally want to fight off any interest but that impressive record could lead to a big offer that Napoli may be unable to refuse.

After two seasons with VFL Wolfsburg in Germany, Victor Osimhen had failed to score in 16 appearances and there was little sign of what was to come. A loan spell to Charleroi in the Belgian Pro League was far more fruitful with the young Nigerian scoring no fewer than 20 goals in 36 games across the 2018/19 season.

Despite that return, Osimhen was on the move once again as he signed a permanent deal with Lille in France for 2019/20. Once again, the striker impressed, scoring 18 goals in 38 matches in all competitions. That record marked clear progress in his career but it also alerted bigger clubs in Europe. Lille were unable to hold on to their prize asset and Victor Osimhen left to join Napoli in 2020.

While in Serie A, the Nigerian has scored 18 goals in his first 39 games. Considering the number of clubs that he’s played for in a short space of time, it’s no surprise that Osimhen is being linked with yet another move.

For now, Victor Osimhen remains a Napoli player and he’s vital for the club’s aims during the 2020/21 season. After the first eight games of the new campaign, the Naples club enjoyed a perfect record of eight straight wins and a Serie A title is the goal for Luciano Spalletti’s side.

Following that 100% start to the season, Napoli are the new favourites for that title with sportsbooks attached to sbo.net putting Gli Azzurri ahead of Juventus, AC Milan and defending champions Inter Milan.

It will be tough for Napoli to maintain their form and those betting markets are subject to change. Each of those sportsbooks have the odds listed in their live section and sbo.net will report on any updates as the Serie A season progresses.

Readers of that site can also take in news and opinion related stories while there is also the opportunity to sign up with one of those sportsbooks if they wish. Each of the recommended panel is accepting new registrations and many of them have generous welcome packages available.

A choice of funding options and the possibility of streaming live football are among the other potential benefits. It’s a useful website to have on your side but will Napoli and Victor Osimhen be lifting that trophy at the end of the 2021/22 campaign?

A number of English Premier League clubs have previously been linked with a move for Osimhen. As recently as September 2021, Chelsea were mentioned in connection with a possible bid while there are claims that Arsenal have been interested in the past.

Newcastle United could also join in to make an English trio. The club have money and should be in the market for top level strikers very soon. Outside of the EPL, other top level European clubs should also be interested in a player of Victor Osimhen’s quality if he were to become available.

What next for Osimhen?

For the time being, Victor Osimhen needs to concentrate on the job in hand with current employers Napoli. After such a brilliant start to the new season, there is a genuine chance of landing some major silverware at the end of the campaign.

When 2021/22 comes to a conclusion, the striker can consider other options but he may well be best advised to stay where he is and to enjoy a stable period in his career.

The suspended Captain of Akwa United, Utobong Effiong, has revealed that he wants to take a bow and leave the club after so many achievements made for the team as the leader.
Effiong is still suspended by the club management for allegedly leading a protest against the management for poor welfare treatment of the players.
In a chat with Tidesports source, the skipper said it is time for him to move on having won titles with the club as the first indigenous captain of the club.
Effiong, however, insisted that his decision to leave the club is not a result of the issues he is having with the management.

Abia Warriors’ Head Coach, Imama Amapakabo, says he is happy with their transfer business, but feared the new players might struggle to adapt.
Amapakabo made this known to the media yesterday after Abia Warriors’ pre-season game against non-league side, Uchecaria FC.
Abia Warriors had Adeleke Adekunle and Ojo Olorunleke move to Enyimba FC, but they have secured the signing of Okiemute Odah, Kastan Igwe, Cletus Emotan and Kalu Nweke.
“We lost a couple of players that I still wanted in my team during the off-season, it is unfortunate but we still recruited new ones too, part of the things I thought I will not be doing this season and most likely going back to them”.
On the new players, the former Enugu Rangers coach said they might struggle to adapt to his style of play.
“They are pluses to the team and they come with lots of qualities but every coach has his own methodology and style of coaching and playing pattern and formation and tactics, some of them may find it difficult to adapt to some tactics but we have them and will be looking forward to adapting them to our game,” he said.Coach Expresses Excitement Over Abia Warriors’ Transfer Business