I count it both an honour and a privilege to present the 2010 budget to this honourable house. This is my third budget speech in this hallowed chamber. Our budgets in our first two years in office were motivated by a deliberate policy to promptly tackle the unacceptable abyss of decay into which our human capital and physical infrastructure had sunk. We were emboldened by our courage of conviction that we have no alternative than to confront our developmental challenges regardless of the costs. To choose to do otherwise will amount to a betrayal of the yearnings of the majority of the poor population of Rivers State.

After two years, Mr. Speaker, we are confident that adequate foundations have been laid for the rebuilding of our state and we are now safely on the path to recovery. Our focus must now inevitably be on how to consolidate the gains of the past two years. To this end, our resources and best endeavours must be channeled towards completing on-going projects, whilst building veritable institutions for the medium and long term sustainability of our people.

As it’s traditional, I will most respectfully, present an abridged version of the budget statement to you this morning. Details of the budget are contained in the 2010 Appropriation bill, which I will, with your kind leave, lay before this Honourable House for your gracious consideration and passage into law, for the benefit of the people of Rivers State.

Our Macro- Economic Outlook for 2010

Mr. Speaker, Rivers State economy ranks among the best two performing State economies in the Federation and has the potential to grow even bigger. In terms of population, Rivers State is 6th in the Federation and higher than 131 countries in the world. The State is by population as big as Denmark, Norway, Singapore, and Ireland and bigger than Botswana, Namibia, and Liberia just to mention but a few. She produces about 40% of Nigerian crude and 100% of her gas export. Coupled with her marine and rich agricultural potentials, she is in resources richer than many countries in the world. But there is a paradox which has continued to remain a challenge, i.e. high level of contribution to the country’s GDP and foreign earnings not reflected in the domestic economy. Our economy is still at the subsistence level; income is low and characterised by high unemployment. Most of the economic activities are still at the informal sector and mostly centered on rural agriculture.

By this anomaly, we are operating two parallel economies as the oil and gas sector is yet to be linked with our domestic economy with our people as active participants. The reason is that the oil business is technology driven and our youths lack the requisite skills to be integrated into the oil and gas economy. In order to reverse this trend, Government is sponsoring over 1500 Rivers youth in top institutions abroad, in key areas of science and technology. This is part of our scholarship scheme aimed at aggressive human capacity development. This administration will strive to integrate oil and gas business to the local economy. Besides the integration of our economy, we will explore the economic advantages of modern agriculture which offers the brightest hope for rapid economic transformation.

Our State economic outlook and potentials for 2010, is quite promising. It is expected that business climate will significantly improve in 2010 following the return of peace to the Niger Delta. Our Government is committed to ensuring the security of lives and property in the State. Mr. Speaker, May I seize this opportunity to reiterate our determination to guarantee that people can do business and live in Rivers State without fear of molestation. It is now evident that tourism has returned as the security situation is fast improving daily. The confidence of local and international investors is now regenerated and will grow significantly in 2010.

With an estimated monthly oil export of 2.29mbpd based on a benchmark price of $57/barrel in 2010, the federation account is also expected to increase beyond the 2009 level. We have now strengthened the institutional mechanisms for internal revenue generation. It is expected therefore that we will enter 2010 with high hopes and expectations. The internally generated revenue (IGR) profile of the state will significantly improve in 2010.

While there was much progress in governance in 2009 and despite our passion to fast track development of our dear State, there are emerging disturbing signals and challenges which must be addressed. Notable among them are the weak structures of governance in the State. To this end, the Rivers state Government is partnering with the UNDP to come up with proposals that will strengthen the weak structures of Government.

In order to remain focused on the mission of this Administration, therefore, the policy thrust of the 2010 budget will therefore be:

·         Completing the ongoing projects in the critical sectors

·         Using PPP as a strategy to improve infrastructure

Mr. Speaker, This is not an easy task to achieve but with God on our side and with your cooperation it is realizable.

The 2009 budget was proactively prepared taking into consideration the global economic downturn and attendant dwindling revenues. It was therefore to all intents and purposes a realistic budget. On the whole, the budget performed creditably, despite unforeseen circumstance.

I am proud to report that our 2009 budget performance was above national average.

Mr. Speaker, in 2009, we estimated total revenue of N328.28 billion, but in the first three quarters of the year, 2009 (January-September), actual revenue realised was N175.52 billion. The amount realised up to September represents 71.29% of the total revenue projection for the same period. This slight short fall is attributed to the drop in the federation account due to the under performance of the oil sector and the internally generated revenue as well the loss of revenue on the disputed oil wells. Further breakdown shows that N149.16 billion was collected from federation account as at September, 2009 against an estimated projection of N171.96 billion for the same period – this rep resents a performance of 86.74%. With regards to IGR, while the amount of N99 billion was projected for the year, as at the end of September, 2009, only N26.37 billion was collected, showing a performance of 35.52%.

On the expenditure side, the total amount spent by MDAs as at September, 2009 (capital and recurrent) was N169.34 billion as against N324.25billion provided for in the Appropriation law for the same period. This figure represents 52.23% of the amount budgeted for the entire year. Capital expenditure stood at N104.83 billion, which is 40.6% of the amount actually approved for expenditure within the period and 30% of the amount provided in the appropriation law for the entire year. N66.05 billion was approved recurrent expenditure for the MDAs during the period, but N64.52billion was actually spent. This represents 97.7% of the approved budget estimate for expenditure and 73.3% of the year’s recurrent budget.

The capital expenditure outlay made so far was on the critical investments in physical and human infrastructure. Huge investment commitments have been made in the construction of 350 model primary and 24 model secondary schools in the State, in addition to other educational infrastructures. The health sub sector is also witnessing a massive turn around with the construction of 102 standard Primary Health care centres and hospitals across the State; the power projects to touch all the nooks and crannies of the State has begun, not 506km of road construction, 30 bridges, four flyovers and five land reclamation/ shore protection projects.

Mr. Speaker, notwithstanding the impressive performance of the Government in the year 2009, there are challenges that needed to be confronted in 2010. These include:

·         returning the state to her former status as one of the best investment destinations in Nigeria.

·         improving the efficiency and effectiveness of the conduct of government business.

·         reducing the over reliance on federation account and boosting internal  revenue performance.

Mr. Speaker, with your cooperation, we embarked on ambitious infrastructural projects to fast track the development of our State and people, however the fruits of these investments cannot be realised without further investments to consolidate what we have already started. Hence we captioned 2010 budget as the Budget of Consolidation.

The estimated total amount which will be available for expenditure for the year 2010 is N429 billion. This amount is slightly below the 2009 approved estimate of N432.28 billion. It is expected that this amount will be funded from the following sources:

This shows that out of the total estimated revenue of N369 billion, Federation Account will contribute 74.66% and Internally Generated Revenue (IGR) 25.34%. These figures are comparable to that of last year. This position is predicated on our assumption of $50 per barrel of crude oil and on the need to operate a realistic balanced budget.   In addition to consolidating on our achievements of 2009, we would be making new investments in other critical areas. In 2010, we plan to embark on new water projects to improve the water supply in Port Harcourt and other urban areas in the State. The State Government will also kick start a rural water scheme in Gokana Local Government Area early next year. The model schools completed need to be equipped, more teachers are to be employed and the completed health centres fully equipped and functional in 2010. Over 200 new doctors have already been employed.

The total expenditure for the year 2010 therefore, is estimated at N429 billion, which is N3.28 billion below that of 2009. Of this amount, N90 billion, representing 21%, is proposed for recurrent spending and N339 billion which is 79% of the budget is earmarked for capital expenditure. As expected, capital expenditure in the critical sectors amounted to N222billion broken down as follows:

Wages and salaries for fiscal year 2010 are estimated at N65.9 billion, equivalent to 73.2% of the Recurrent Budget and 15.4% of total expenditure for the year 2010, while overhead cost is projected at N24.01 billion.

Hon. Speaker, it is important to mention that, we will pursue vigorously the tax reform project by continuing the modernisation of the state tax system to enhance revenue administration using ICT as a strategic tool. The reform process will also focus on plugging loopholes to reduce tax evasion. Increased emphasis would be placed on the evaluation of tax systems and development of database with the state- of –the- art technology to enhance tax compliance. With the improved atmosphere in the Niger Delta, it is believed IGR performance will surpass that of 2009 in actual returns.

Mr. Speaker, I will not conclude this presentation without mentioning the need to develop the private sector to serve as an engine for growth if Rivers State is to make headway in addressing a number of key growth challenges for sustainable economic development. To this end, Government is creating an enabling environment, including putting in place the necessary policy programs, incentive packages, and appropriate legal, and regulatory framework, for private sector investment in the state.

Mr. Speaker, other strategies for developing the private sector include the following:-

•       Promoting public-private partnerships (PPP) to accelerate the development and implementation of policies and programmes.

•      Reducing the economic and non-economic cost of doing business to enable the private sector to flourish; and

•       Enhancing the quality of dialogue with the private sector on policy formulation and implementation.

Mr. Speaker and Honourable members of the State House of Assembly, our government is committed to ensuring that we fulfill our promise to develop our state, revive our economy and improve the lives of our people. This is the focus of our 2010 Budget of Consolidation. May I therefore lay before you, the 2010 Budget of the Rivers State Government for your consideration and passage into law, and urge you most respectfully to begin deliberations in earnest.

I wish you all a Merry Christmas and truly fulfilling 2010 while thanking you for listening. 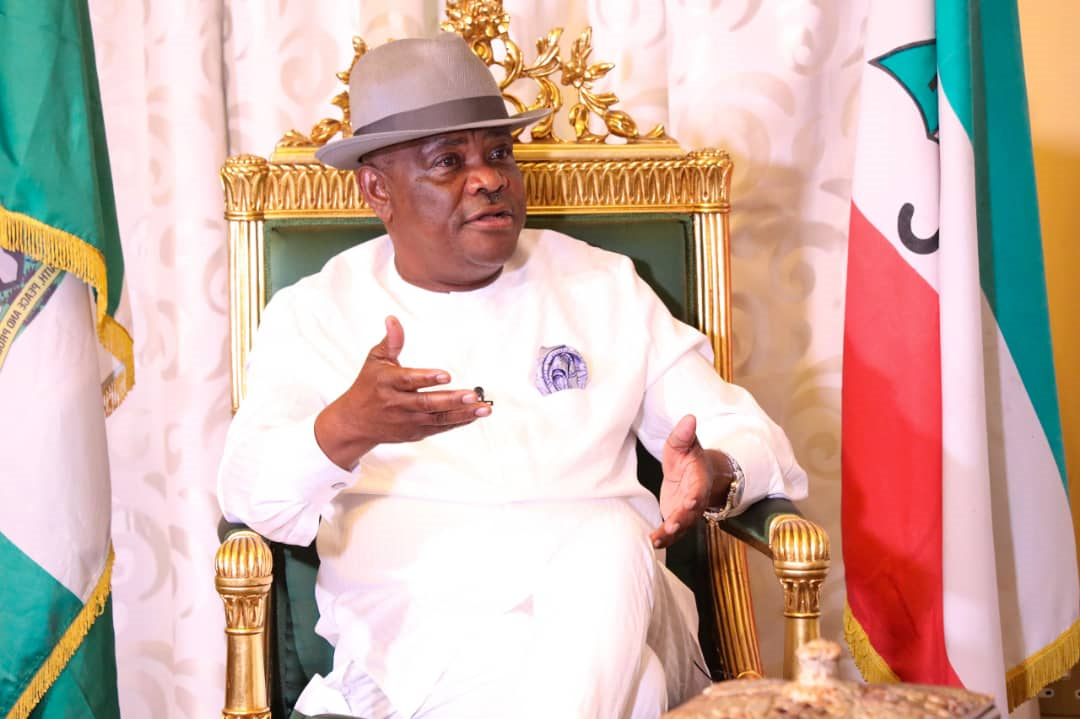