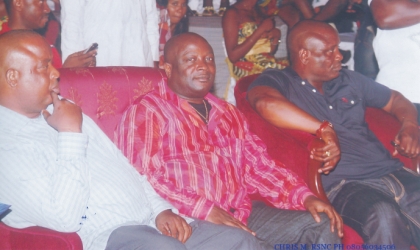 Expressing displeasure over the way and manner their land was forcibly removed from them under the guise of the Land Use Act, a socio-cultural group of the Ikwerre nationality in Rivers State has called for the abrogation of the law.

The group made their view public through eminent lawyer and former President of the Nigerian Bar Association (NBA), Onueze Okocha (SAN) at the South-South Zonal Hearing of the Senate Committee on the Review of the 1999 Constitution.

Besides taking their land, Okocha said the Ikwerres have magnanimously donated their land to house major federal institutions without gaining anything.

Spread across four local government areas of Port Harcourt, Emohua, Obio/Akpor and Ikwerre, Okocha maintained that the Ikwerres are yet to benefit from the huge resources exploited from the land.

His words, “with a lot of oil wells in our land, abrogation of the Land Use Act would make the people enjoy their resources.”

The Senior Advocate of Nigeria argued that the present federal structure is workable if there could be equity in the system.

He noted that state creation should be given attention but, stressed that such states must be homogenous and economically viable, saying that states that are not self-sustaining should be merged with resourceful ones.

On the issue of fiscal federalism, Okocha submitted that the present scenario which makes the states dependent on federal allocation for survival should be discouraged.

One way to do that according to the Ogbakor-Ikwerre spokesman was to create a situation where the states would control their resources and pay special parts of the revenue to the centre.

The same he argued should be adopted in both the Judiciary and police. He explained that by establishing state police and judiciary, the federating units could effectively handle crime and adjudicate justice without hiccups.

WAGI Shut Over Obligation To Workers