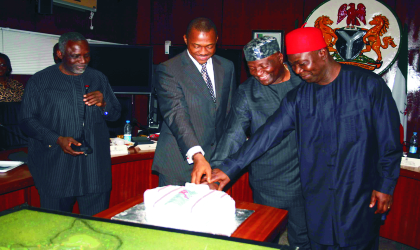 Majority of those arrested in what an impeccable source described as a major onslaught to get ride of illegal immigrants in the state, were from ECOWAS countries, Cameron and Chad.

As at the time of filing this report, plans by the command to depot the illegal immigrants through the northern border over the weekend had got to advanced stage.

Comptroller of the command, Dr Emmanuel Basca Udo Ifeadi who confirmed the development to The Tide On Sunday, Friday, in his office said the operations were carried out based on recent intelligent report available to the command and directive from the service headquarters in Abuja.

According to the comptroller, intelligent reports showed that the illegal immigrants were enmassing around Rivers State and that as a security agency, the command was directed to ensure that every necessary measures were taken to forestall any threat or possible disruption to the peace and security of the state and the nation in general.

Dr Ifeadi revealed that the command had observed that after conflicts in Nigeria especially those emanating from religious fanatism, recruits of preachers of extremist religious faithfuls  came from these countries.

“Most people who preach extremist forms of religion, different from what we practise here in Nigeria are people from all these countries. That is not to say we don’t have some Nigerians who are their recruits or converts but majority of theme are always foreigners,” said the comptrollers.

He blamed the porous nature of Nigeria’s borders especially from the northern side where everything is desert oriented which made it difficult for proper management and monitoring by officers of the service.

He noted that most citizens from the ECOWAS countries enjoy special treatments and the concept of borderless border does not stop people from having their right papers and regularizing their stay with immigration services.

“Some of them come in and just go into the system without being regularized and because you cannot monitor them, they can easily cause mayhem in the society and that’s why we feel it is our duty in Rivers State to ensure that this aspect of violence that could be caused by these people is forestalled,” he said.

Though some of the illegal immigrants were still being hunted, the command Comptroller said his officers had done a lot of ground work in areas were they stay especially those of them who beg along the streets noting that the hunt should be a continuous one.

Dr Ifeadi commended Rivers indigenes who he said assisted his men in ensuring that the illegal immigrants who were attempting to escape arrest were apprehended stressing that the command was not against the entering of foreign nationals into Nigeria, but noted that they should ensure they come in through the legal way.

“They should come in, be registered and regularized, their addresses known, their biodata taken, where they stay, so that in case of wrong doing it’s easy for us to pick them up. But when they are into the wild, it is very difficult to trace them,” he said.

He called on Nigerians to always partner with the command by giving necessary information that could lead to the arrest of illegal immigrants, either by reporting to the ECOWAS section or the Public Relations section of the command assuring that all reports would be treated in strict confidentiality.