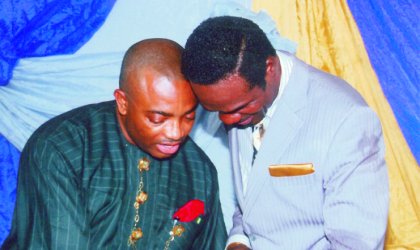 About 56.3 per cent of adult population in Rivers State have been identified to be hypertensive, and so prone to either cardiac arrest or stroke which has been identified as the commonest cause of death in the medical world.

The revelation was made by Professor of Medicine and Consultant Cardiologist at the University of Port Harcourt Teaching Hospital (UPTH) at the 2009 Rivers State Heart Summit held on Thursday in Port Harcourt.

Prof. O. J. Odia who spoke on the theme, “Advancing Towards Optimal Cardiovascular Health” also revealed that about 20 million people worldwide have one form of cardiovascular disease or the other.

Specifically he said hypertension has become a common disease among the poor people in the urban centres because of the daily challenges of survival faced in such areas.

Throwing light on why many people are prone to heart diseases, Prof. Odia explained that apart from other hereditary sufferers, include heavy tobacco smokers, users of alcohol and diabetic patients.

The medical expert while warning the populace to take precautionary steps to take care of their health also challenged the authorities to establish a quick and efficient response system, improve medical facilities in order to tackle the malaise.

Prof Odia who lamented poor medical facilities within the country noted that government need to raise the level of care for victims of heart disease, including training of medical personnel.

He declared that, “there must be opportunities to test the skills of those we have trained.”

Earlier in his remarks, co-ordinator of Kanu Heart Foundation, Pastor Onyebuchi Abia stated that since the establishment of the body in 2000, about 342 heart patients have benefited from the free medical surgeries.

Out of this number, he said only 13 of the patients were treated in Nigeria, saying enormous resources were expended in treating them abroad.

He also regretted the rise in the cases of people diagnosed with heart related problems in the last few years, calling on government and private bodies to assist in the fight to check the menace.