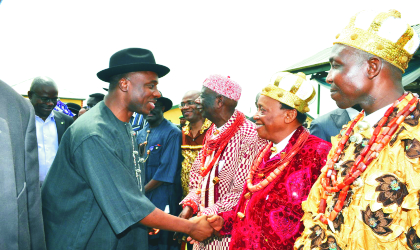 About 450 million people worldwide are said to be infected with hepatitis, a kind of inflammation that affects the liver of victims.

The figure was given by Mr Fidelis Okafor of Excellence Health Foundation, a non-governmental organization that collaborates with the Centre for Disease Control, United Kingdom, at the opening ceremony of the Nigeria Union of Journalists (NUJ), Rivers State Chapter Press Week in Port Harcourt.

Mr Okafor said out of that figure no fewer than 50,000 Nigerians are infected with the disease, especially Hepatitis A and B, which he noted is common in Africa.

While Hepatitis C is more common with HIV/AIDS, he explained that the virus infection has a tendency of living in the body fluids of man hence could be easily contacted through blood transfusion, kissing, sex or even handshake.

The health official equally warned on the dangers of people sharing clothing with those infected since the virus as it could also be transmitted through sweat.

Mr Okafor observed that studies have shown that the disease is more common among school children, who he stated are prone to sharing food items infected with the virus.

Other sources of hepatitis, he stated, include alcohol, mercury soaps, bread with saccharine and bromate ingredients.

Warning the public on the dangers of the disease, Mr Okafor pointed out that people should watch out for symptoms such as frequent nausea, change of skin and eye to yellowish colour.

He warned that failure to either treat or immunize against the infection could lead to death because the virus ends up destroying the liver which he stressed is a very sensitive organ of life.

The health expert advised on the need for people to immunize and protect themselves from the malaise stating that immunization could protect somebody for a period of 15 years, “when you start your vaccination please make sure you complete it,” he added.