Prince Ogba said the aim of the session was to pray fervently for the speedy recovery of Mr. President and for the Almighty God to favour him with many more years.

He, therefore, called on Nigerian youths to observe the programme irrespective of their religion, stressing that the administration of President Yar’Adua had interest in the development of youths of the nation.

For those in Port Harcourt, the coordinator said the session would be concluded on Wednesday at St. Thomas Anglican Church, Mile II, Diobu and the Mile II Mosque for Muslim youths in the state.

He urged youths in other parts of Nigeria to observe the same session in their various churches and mosques.

Reacting to the recent false rumours about the President’s death, Prince Ogba said such rumours were the imagination of wicked persons. who wished the President death.

“Let me tell you, the President will not die simply because human beings wish him death. Life and death are in the hands of God”, he said.

He explained that if the president dies, there was no person who can withhold the news for a day no matter how highly placed because Yar’Adua is a Muslim, as Muslims are normally buried same day as they die.

“So how can you believe in rumours? Even when Gen. Abacha died, many persons close to him would have wished that the news be hidden or covered, bur as a Muslim, it was announced and he was buried same day, so nobody should listen to rumours,” he said. 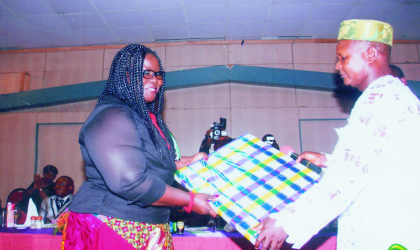